As always, there are multiple storylines going on in my backyard, so I thought I’d use this post to catch you up on some of what’s happening.

Pearl, the Blue Cochin, and Topaz, the Buff Orpington, continue to brood. I’ve already broken Topaz once of a broody spell by putting her into the anti-broody coop. It worked, but within a couple of weeks she went back to sitting in the nesting box, on top of nothing. Broody hens don’t lay, but since the other hens are producing plenty of eggs, I’d ignore her this time around except for several extenuating circumstances. She’s one of those crazed broodies who only gets off the nest box once a day to eat and defecate. Although she won’t starve to death, she has lost weight and looks poorly. Pearl isn’t like that. When I remove Pearl from the nesting box and set her outside with the Gems to free-range, she hunts bugs and eats grass for a half-hour before going back inside. Not Topaz. She paces and doesn’t eat a thing, and then when I let back in looks like this. Bonkers. 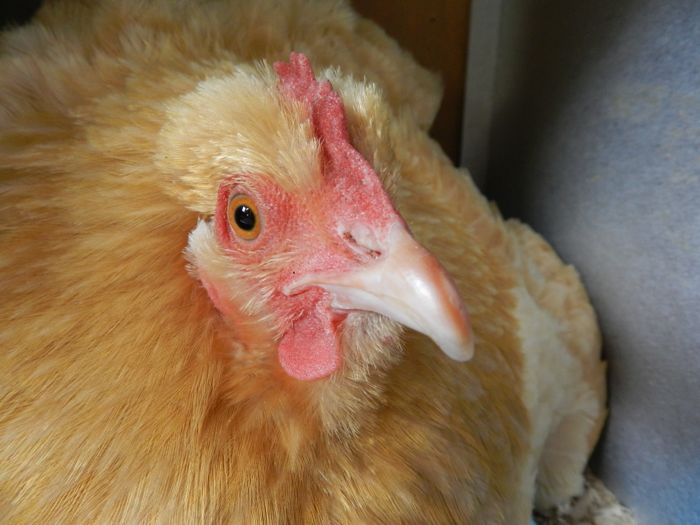 Yesterday was hot, so I slipped a cold pack under her. That’s supposed to bring down the hen’s body temperature and break the broody spell. Topaz looked at it, and was thrilled – something to sit on! She hunkered down on the cold pack all day until I finally removed it. 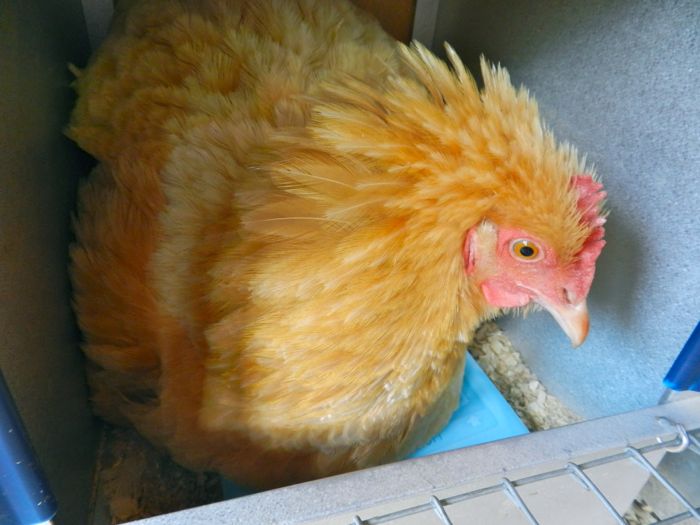 I’d give up, except Topaz is so desperate to sit on something that she has now taken to sitting on top of Pearl. 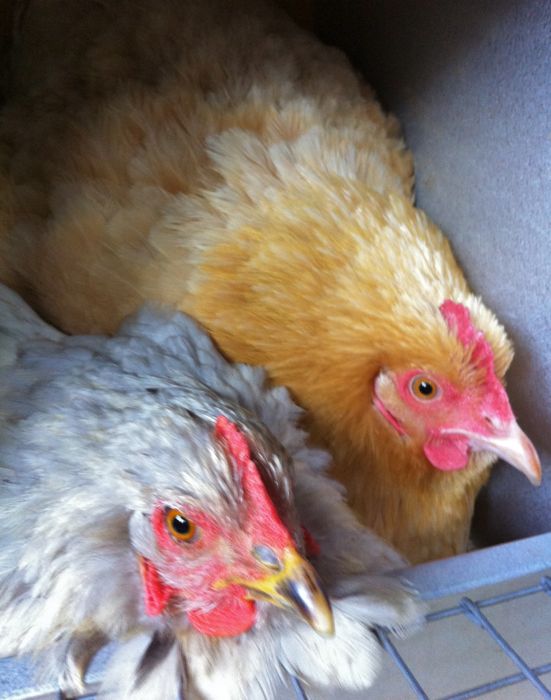 Yesterday, poor Pearl, underneath the full feathery weight of Topaz, was panting and looking on the verge of heat stroke. However, being broody herself meant that Pearl refused to move. Giving Topaz fake eggs to get her off of Pearl won’t work. I know because she ignores the real eggs in the other nesting boxes. Topaz has become fixated on Pearl. So, today Topaz will go back into the anti-broody coop.

Meanwhile, Twinkydink, who is over seven years old, has started laying again. That one egg the other day was not a fluke. She’s now laid two more, all with sturdy shells and the same funny pointy shape. It’s like she’s found some magic laying hen elixir. 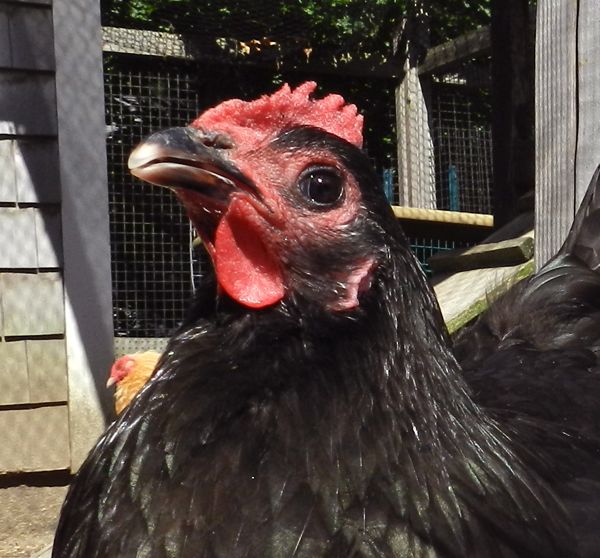 Lastly, Philomena passed away in her sleep just a day after we euthanized her sister, Agnes. I did a necropsy on her, and although she presented the same outward symptoms, looking inside of her I found different issues. What was the same was that she was tumorous. Although it is clear that she had been failing for a long time, I don’t think that it affected her daily life until recently because her crop was full and she had produced manure the day before. So, my flock of older hens in the small barn dwindles, but I am learning from each of them.

It has been hot here, but nothing like the dangerous temperatures in the rest of the country. The fireflies have been blinking at night and the frogs have been singing. Toad babies the size of my pinkie’s fingernail are hopping in the garden. The tomatoes are still green and I’m impatient for the harvest. There’s a lot of sumer left and more storylines to follow.