I’m not a vegetarian. I believe that animals have a place in agriculture and in our diet. Meat raised on pastures and on farms that integrate animals into the whole picture is a sustainable and conscientious food source. On the other hand, meat produced in confined feed lots and in concrete buildings is wrong on many levels. I limit my consumption of such meat, but I’m not a hard-core locavore. If my friend, who makes the best fried chicken in the entire world, invites me over for dinner, I’ll be there in flash (hint, hint, Giuia.) If I’m at a restaurant and the most interesting item on the menu is chicken, I’ll order it. The reality is that the poultry industry is a trillion-dollar, world-wide business. My buying power isn’t going to make even a pin-prick of a dent if I opt out.

On the other hand, my buying power makes a world of difference to the small farmer who is doing animal agriculture right. All of the red meat and pork in my freezer is purchased from local farms. Up until recently the best choice I’ve had for poultry is to buy organic at the regular market. Organic doesn’t necessarily mean that the chickens were uncrowded or out in sunshine, but they are raised better than the regular supermarket birds. Fortunately, now I have a better option than organic. Two young and idealistic people started a farm in my town. 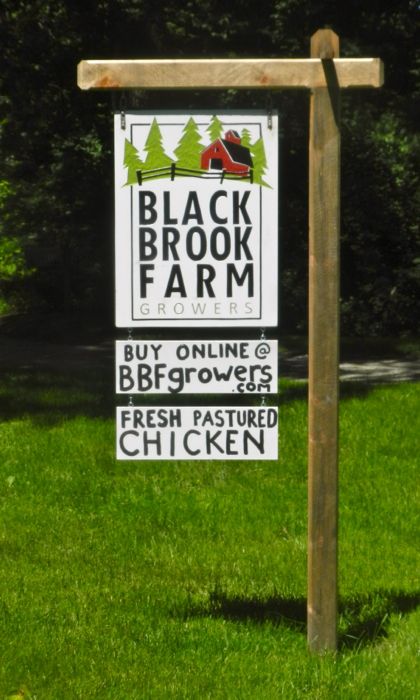 They are raising chickens for meat and eggs. On pasture. 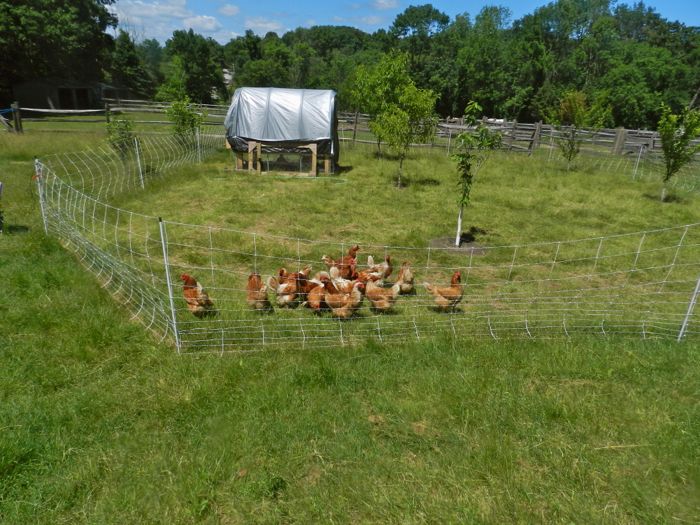 In Massachusetts, a farmer is allowed to raise up to 1,000 chickens to slaughter and sell on the farm. Beyond that number, the birds have to go to a slaughterhouse, where the added fee of processing puts the meat out of the range of most consumers. Yesterday was slaughter day. David, Gallagher and volunteers processed their flock. They set up a tent and their equipment. 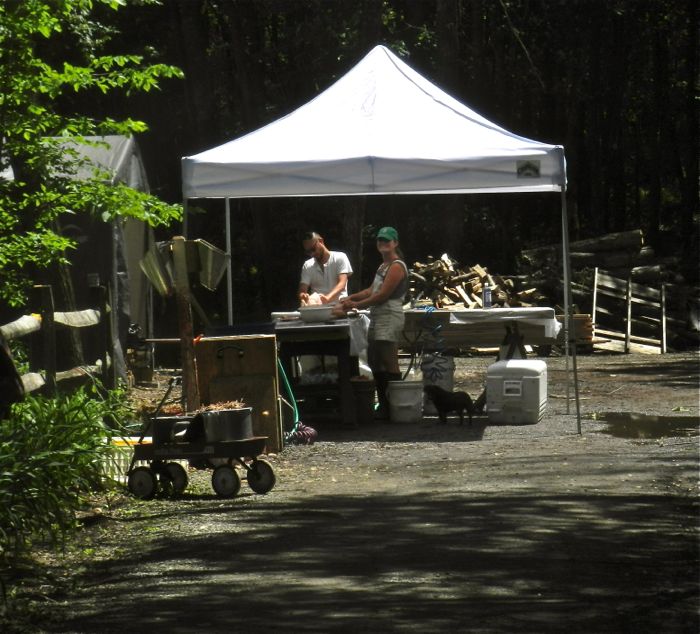 It is bloody, messy, and physically demanding work.

These are the killing cones. 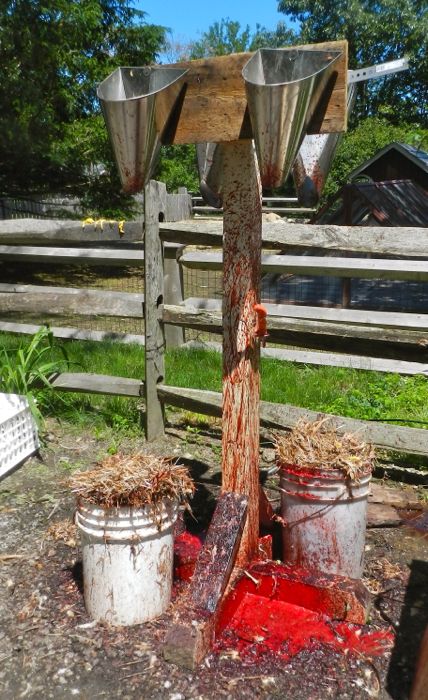 It looks gruesome, but at least their birds did not get shoved into crates and shipped. They were handled with care and respect up until the end, and the end was quick.

Then the feathers got removed in this contraption. 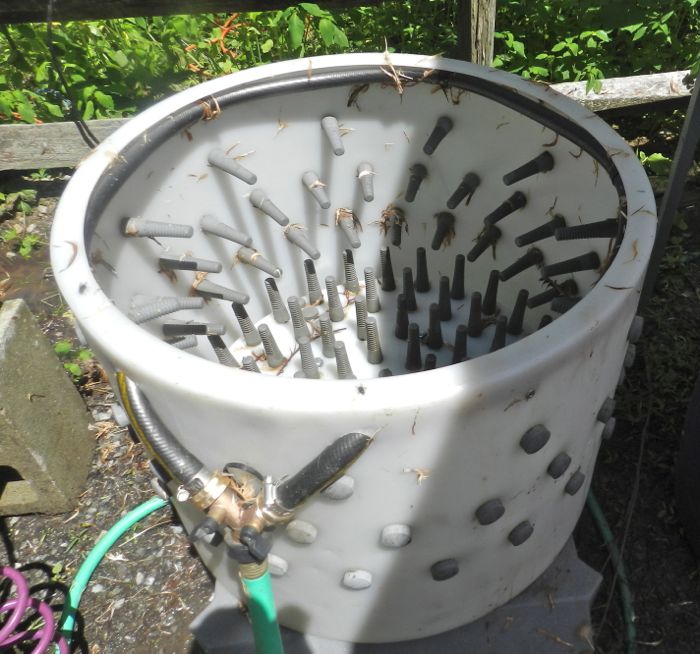 Next, the birds were kept in ice water until they were gutted and trimmed. Remaining feathers were plucked. 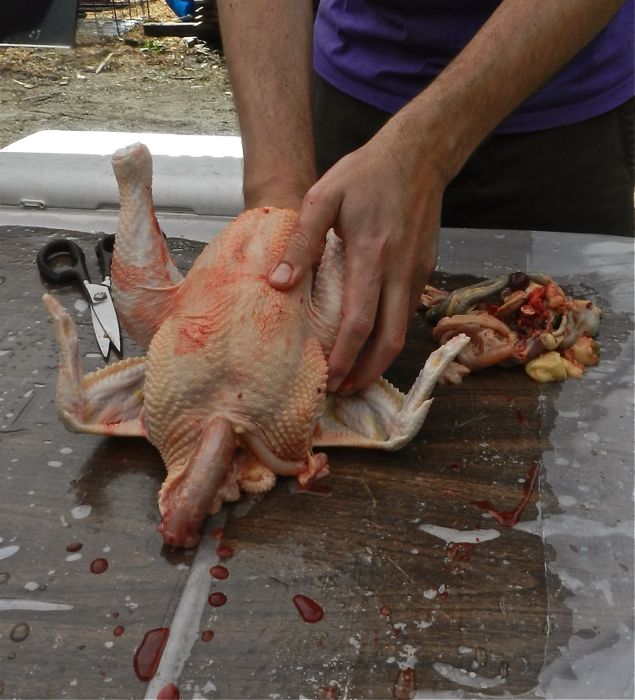 Because this is a farm with horses, there are large manure piles. Using a tractor, the offal was buried in the compost. 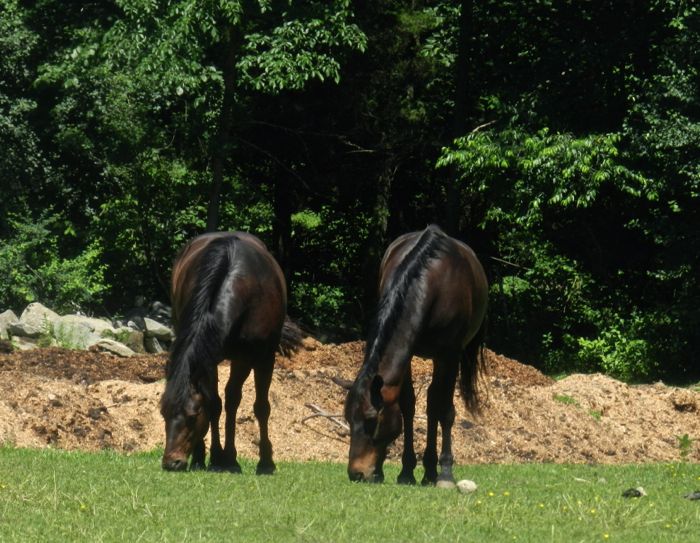 The finished birds were bagged, and then refrigerated or frozen. 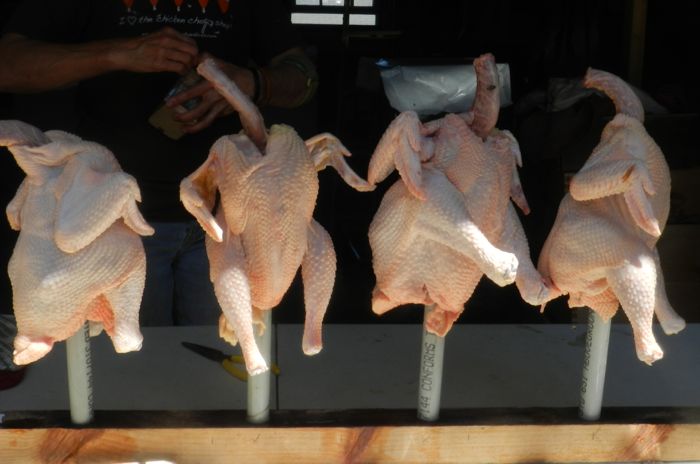 I bought three birds. $5 per pound. 4 pounds per chicken. $60. I don’t compare it to what I’d pay at the supermarket. It’s a totally different product. The man taking my money is the man who raised and slaughtered the animals. 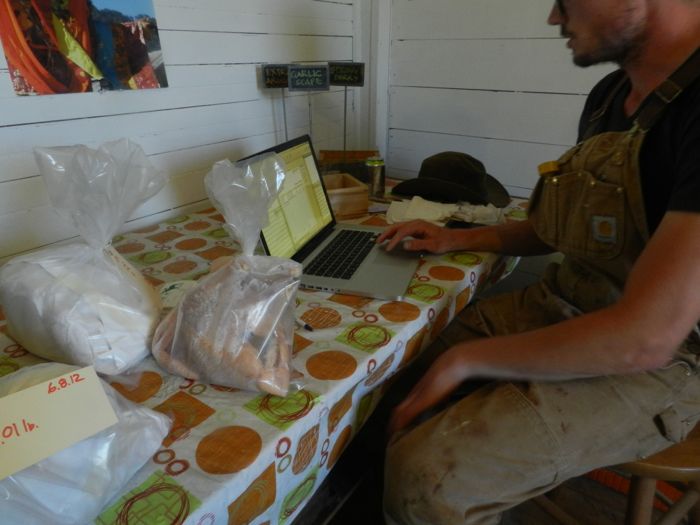 This chicken comes from a farm that has a real barn. I’m hoping that my support helps to keep animals on the property, on pasture, and that this barn remains filled with hay and the smell of a working farm for years to come. 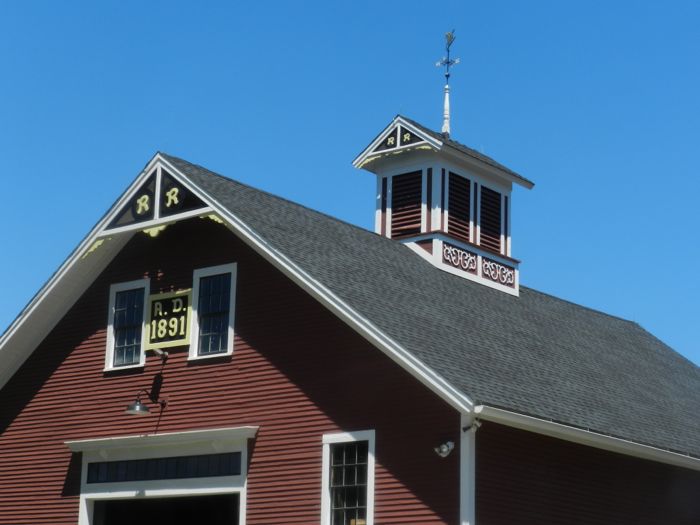 We’re going to have roast chicken and new potatoes for Father’s Day dinner. I’ll be thanking the farmers and the animals they raised.

Due to state regulations, Black Brook Farm Growers cannot ship, but if you’re anywhere in the area, you can go on-line to order and then pick up in person. Tell them I sent you.