How long do chickens live? I’m asked this question a lot. I’ve kept backyard hens for more than 15 years, and yet right now I have the oldest hens I’ve ever had, and they are eight. I don’t expect the most elderly of them to live past the summer. (Although I’ve said that about them the last two years running, so who knows?)

Chickens are not designed for long lives. Birds bred just for meat are harvested before they are mature – anywhere from 8 to 14 weeks of age. Kept longer, for breeding purposes or if they lucked out and are in a backyard flock, they’ll still not have long lives. They’re designed to put on weight quickly and their bones and hearts can’t handle the strain.

Chickens bred for high egg production, like my Golden Comets, Agnes and Philomena, are constantly depleting their systems in order to produce eggs day in and day out. Sometimes you lose a hen to what I call “sudden chicken death” (SCD). There are no warning symptoms. They simply give out and you find a bird, dead on the floor. If they live past three, they’ll often have health issues and stop laying.

Many of the so-called “heritage” breeds, (most of which were created about a hundred or so years ago), are “dual-purpose.” They were designed to lay eggs the first two years, but still have a quality carcass to be consumed as meat in their third. Breeders didn’t select for longevity beyond that. Some of these chickens, if not put in the stewpot are long-lived. Some aren’t.

All that said, with proper feed, housing, protection from predators and TLC chickens can live for years. The hens in my little barn are proof of that. They’re all retired and, for chickens, elderly. None are vibrantly healthy, but they do manage to dodder along.

Buffy has been on the brink of death numerous times and has pulled through. After her last bout, she’s back with the flock. I’m keeping a close eye on her to make sure that the bullying has stopped. Her comb is half gone, but she’s put herself right back with the others. 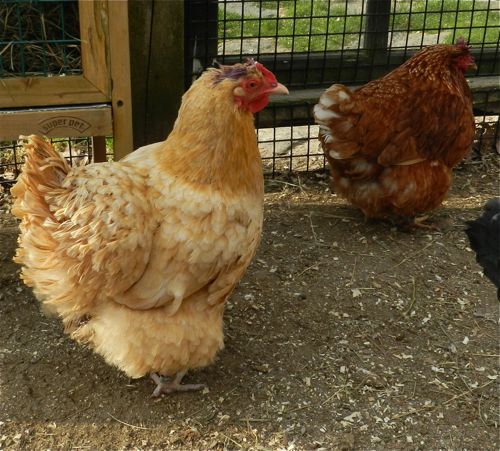 Twinkydink is the grand old age of eight. She’s an unassuming hen. Lately, I’ve notice something odd about her right nostril. See how it’s disfigured? I think it’s an old age thing. 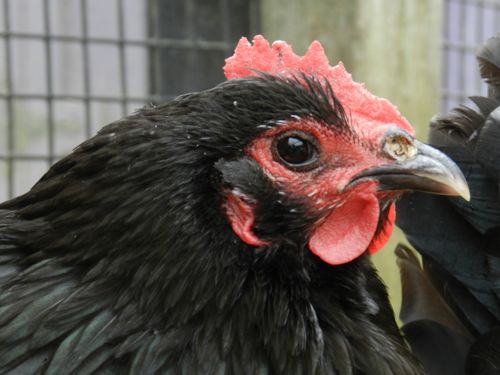 Eleanor and Edwina are also eight.They used to be the worst bullies in the flock, but now they couldn’t be bothered. They haven’t laid eggs for years. They spend a lot of time resting – Eleanor especially. Edwina is the more active and healthy of the two – you can tell by her red, upright comb that her systems are still working. 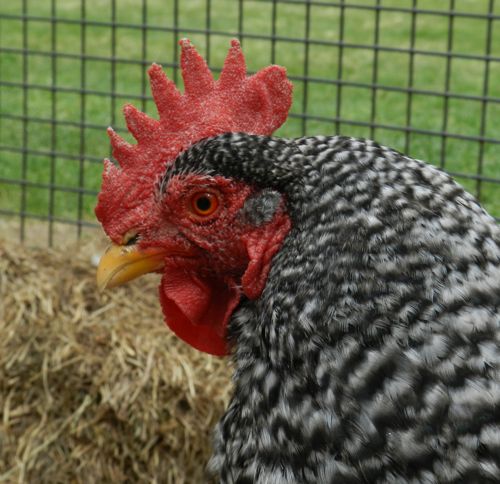 Contrast that to Agnes’ comb. Agnes is only three, but she’s a hybrid and she’s done in. She stands hunched and fluffed, napping. Her comb is dark and shrinking. This bird is not well. I’ve done what I can, and we’ll just have to see how it goes. 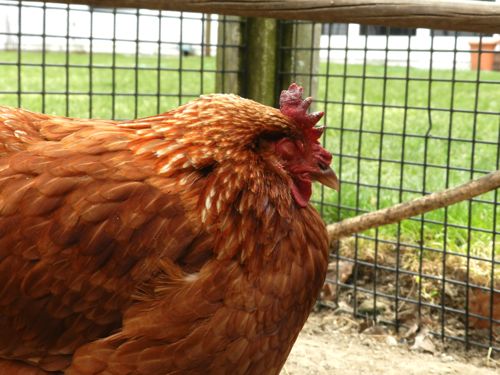 Her sister, Philomena, is doing fine. You can clearly see the contrast between them in this photo. But, Philomena isn’t laying, either. 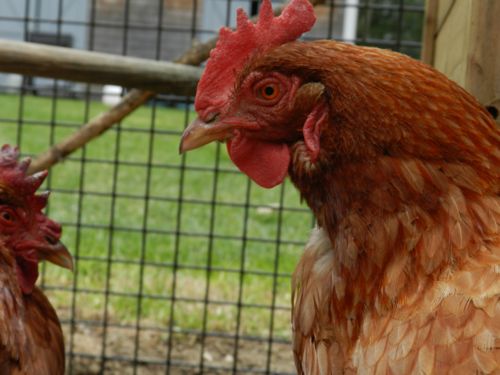 Tina and Siouxsie are the same age as the Comets, but they’re a fancy breed that doesn’t wear themselves out egg-laying. Tina lays about 3 eggs a week and takes a long break over the winter. The other day Siouxsie left a tiny, robin-sized egg in a nesting box, (these yolkless eggs are called “wind” eggs.) The effort was accompanied by much hollering and clucking. She appeared quite proud of herself, but hasn’t done anything as productive since. 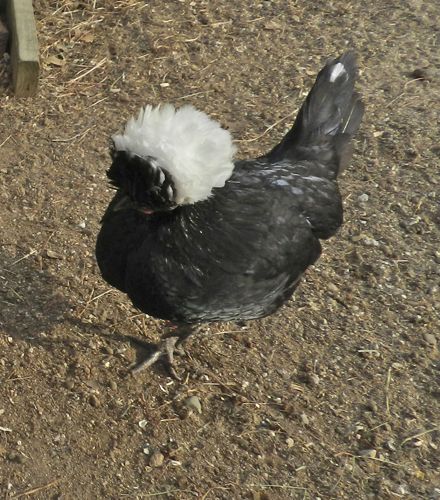 Betsy Ross, is, at the age of 5, an old hen. I used to take her on my school visits, but she’s retired now. There are moments, when she stands still with her wings down, that I worry about her. 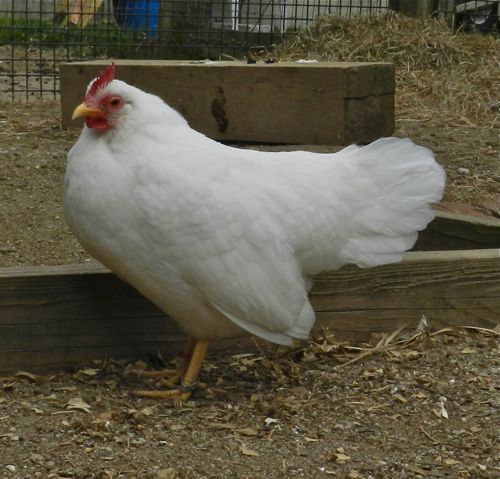 But then she perks up and looks like this: 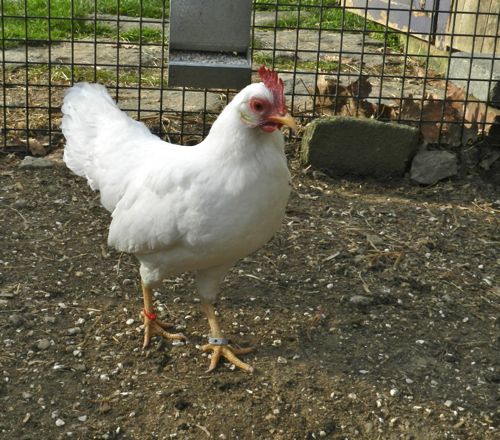 The queen of the barnyard isn’t a chicken at all. It’s Candy, and she’s the most elderly of the bunch. She is eight, which is quite old for a rabbit. Candy still reigns, although I’ve noticed some subtle changes. In order to get up her ramp she has to get a straight, running shot (I’m going to lower her hutch soon to make it easier on her.) Awhile back she tore the lid of her right eye. It healed fine, but it does make her squint. I believe she’s hard of hearing, too. None of that appears to affect her status, or the joy she gets out of blocking the hen’s pop-door.

This is Candy’s attitude about aging: 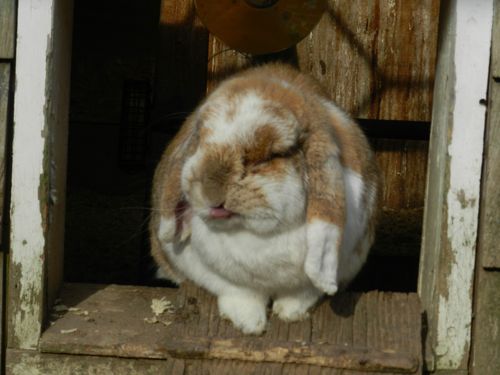 A role model for us all.