House Sparrows are like mice – they’re cute, but way too prolific and you don’t want to share your home with them. There’s been a gang of house sparrows in the HenCam coop. I could tell they were young and inexperienced because instead of zippily flying out when they saw me, they’d barge around and fly into the window. A seasoned bird knows to dip down and fly right out the chicken’s pop door. It took me awhile, but it finally dawned on me that there was a nest somewhere inside the coop. Steve found it in the eaves above the window. 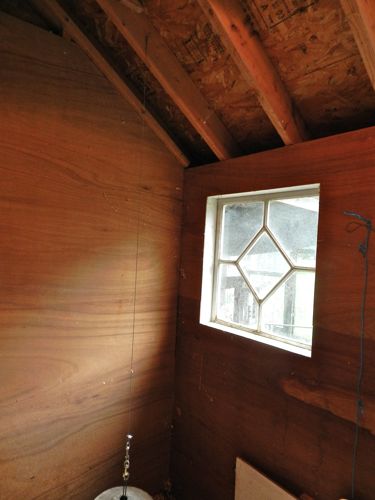 He reached in (gloved, but still, I was glad not to be doing this) and pulled out handful after handful of hay and grasses that the sparrows had constructed their bedroom with.

A coop is a smart place to have a nest. It’s closed up and protected from predators at night, but open for business during the day. There’s food and water within easy reach. The sparrows were not pleased to be evicted. This morning they were flying around outside of the coop, making bzzinking chirps and looking annoyed and hassled, like teenagers woken up early.

I don’t  feel sorry for them. House sparrows carry diseases, like mycoplasma, and external parasites, like mites. They’re pests. They won’t have a safe haven in the coop any longer.

Meanwhile, I seem to be losing the battle of the chipmunks outside. Lily is not taken in by their adorableness, and has done a valiant job keeping them out of my garden. But, she was out of commission for a week due to her torn dew claw. In that time my peach tree went from this 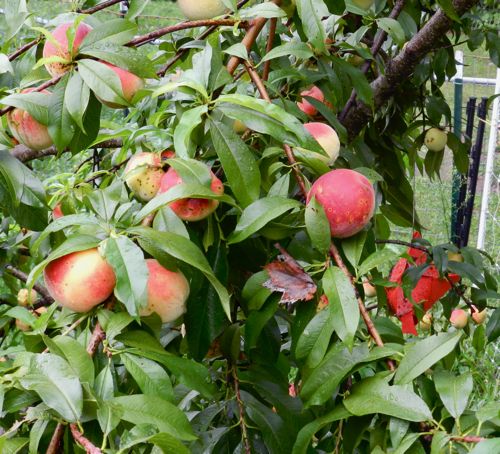 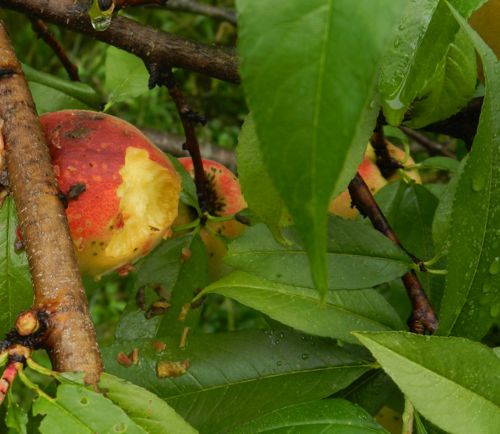 Good farm dog Lily is back at work. I’m hoping the peaches will ripen this week and I’ll be able to salvage half the crop.

Meanwhile, the corn is up. It’s not quite ready for harvesting. I’m waiting and watching. As are the raccoons. We’ll see who gets to it first.