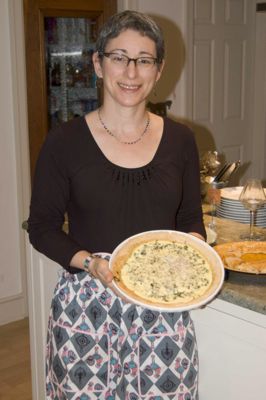 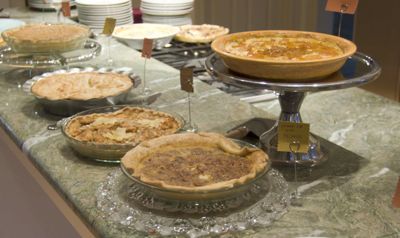 For all of my librarians out there, here is a link to one of my favorite contests of all time:

Next year, don’t you think there should be a Tillie cart? I’ll help! 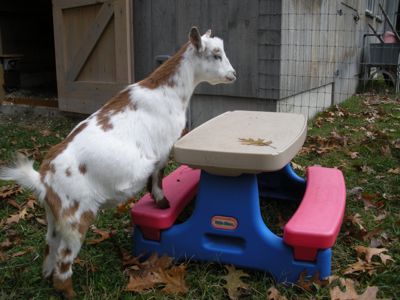 Caper is ready for his Thanksgiving meal. What? you ask – doesn’t his belly already look full? See that cud being chewed in his jaw? Doesn’t matter! More please.

I’m thankful for so much, including these goats that make life here so amusing. I’m thankful for the home and the family and the wherewithal to be able to keep the goats and all of the other animals at Little Pond Farm.

I’m thankful for you. It’s true that it’s more fun to share.

There’s nothing left in the garden to harvest. This year I pulled the carrots and parsnips before the ground froze solid (last year, I harvested what I could the following April!)

But, the goats say that I missed something. 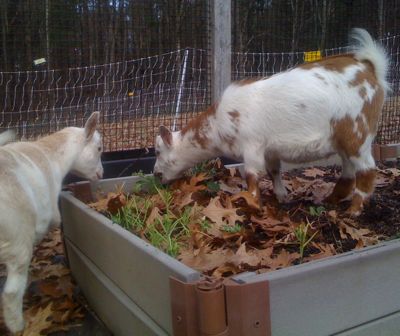 Agnes joined us in the garden. She let me know that a GOOD gardener turns the soil over before winter sets in. 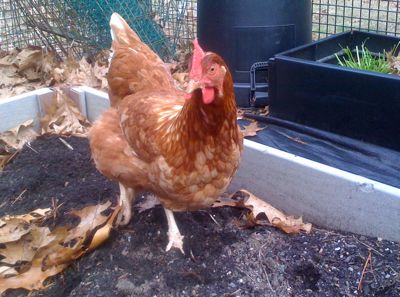 Make sure there’s no bugs hiding!

Thanks for your help, everyone.

Yesterday I decided to go clothes shopping. I put on my favorite pale green corduroy pants. Then I went out to say hello to the goat boys. They gave me a happy birthday greeting that entailed nose kisses and goat hugs. I went back inside the house and changed. Which leads me to my first fashion tip of the day:

#1: Always have a second outfit at the ready.

Women’s magazines are getting on the “there’s a recession, let’s all be frugal” bandwagon. I recently read that the way to extend the life of your clothes is to wash them less. Maybe that works if you don’t get dirty. Impossible here. I also read a recommendation that you take clothes to the dry cleaners less frequently. Huh? When my clothes need washing, it’s obvious! You can’t exactly brush off muddy hoof marks. With that in mind, here is the next rule:

#2: Only buy clothes that you can throw in the washing machine. Avoid buying items that need dry cleaning, or each time you wear them (and that wearing might last only 10 minutes) you will hear the cash register go ka-ching! $5.00 please!

I bought a cozy, silky, beautiful robe yesterday. Not only is is machine washable, but it’s dog hair colored! How many of you buy clothes thinking, “oh, good, the dog hair won’t show”?

#3: Buy clothes that match your dog and cat hair.

I saw a very nice pair of pants yesterday, but even hanging on the rack, the material attracted lint. I could only imagine what it’d look like in a house with my world-class shedding dog, Lily.

Here are Lily and Scooter. They’ve just had a nice scratch. 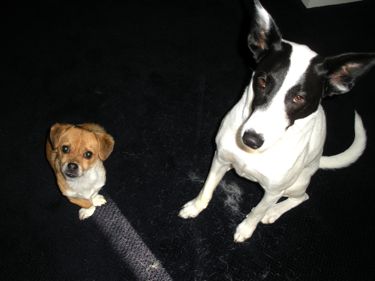 Notice the dog hair on the carpet. I selected that gorgeous plum rug before I owned Lily. It’s not as easy to match decor to one’s pets as it is to change clothes.

#5: Keep a lint roller and vacuum cleaner on hand at all times.

That’s all for now – I have to go do laundry.