Bunnies love to dig tunnels. In the wild, rabbits dig underground burrows – which can be quite an extensive system of dens and paths.  Because Phoebe lives outside with the hens, she can indulge in this behavior that is so important for a rabbit to be a rabbit. In the summer, Phoebe attempts to tunnel underground; because the dirt in the pen is packed hard, it is a challenge. This is good, since I don’t want her to make an escape and get taken by a predator. Despite the hard ground, she is still able to dig, and has made wallows so deep that not even her ears show. There’s always a chance that she could make a real tunnel, and so the fence extends eight inches below ground, and I also check the perimeter daily – if she’s been particularly ambitious, I fill in the hole with dirt or rocks.

Winter is Phoebe’s season. She loves the cold weather, she’s far more active when the temperature is well below freezing than in the summer when she’s hot and would rather sprawl out in the wallows that she’s dug than gallop about. This winter, all of her energy has had a focus – snow tunneling.

The chickens have an outside roost right above the entrance to her burrow. 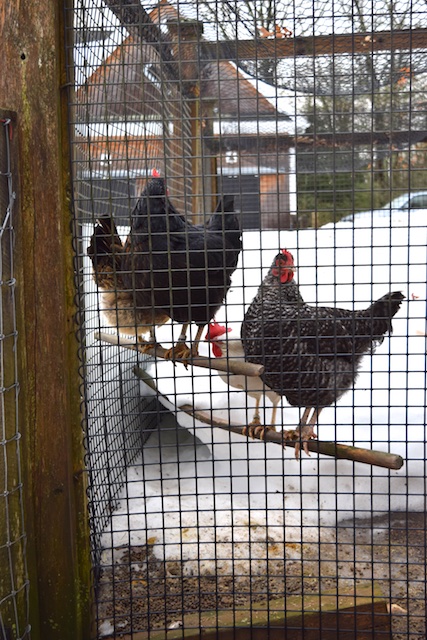 Do you see that opening against the fence? Phoebe did that. She’s been working on this ever since the snow began to accumulate in January. There were times when all that I could see of Phoebe was her bottom and her big rabbit feet kicking snow out behind her. 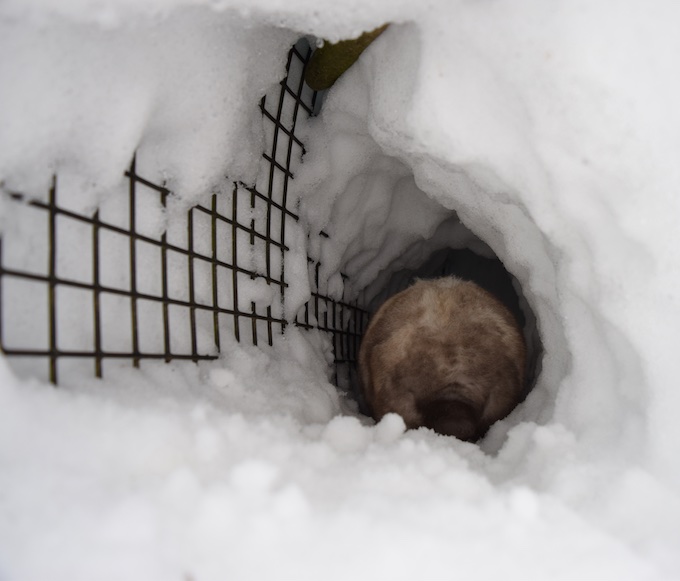 It took weeks of work, and now her tunnel extends straight under the snow, with an exit on the other side. 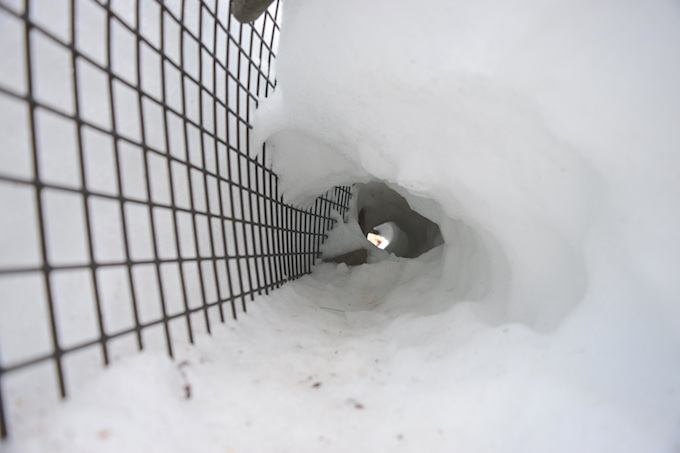 The chickens don’t walk over the snow to congregate there, so it’s like a secret passage, just for the rabbit. 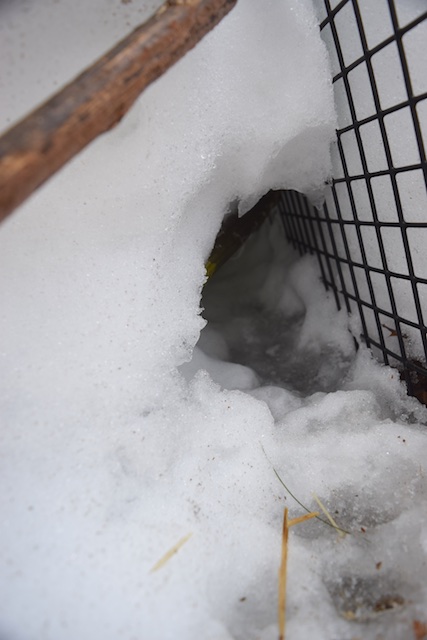 The hens don’t go into the tunnel at the main entrance either. A cold snow cave is not the sort of place that chickens like to explore. In any event, they’re not welcome. 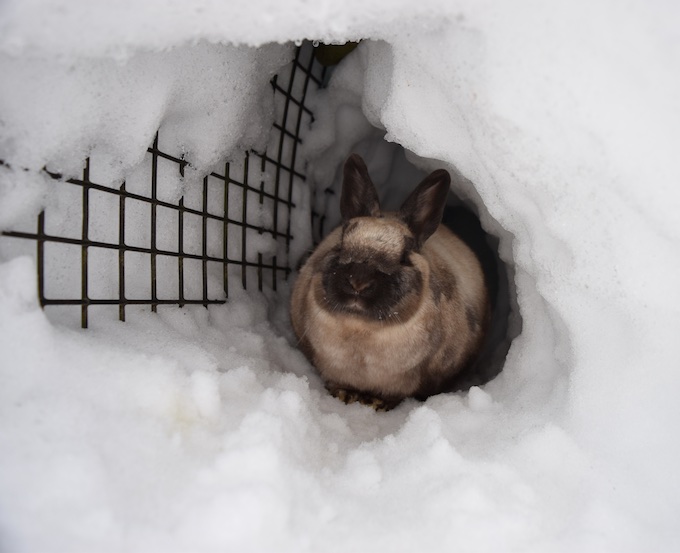 I suspect that there are side-tunnels and dens under that snow mound as well. Or at least Phoebe is working on constructing them.

Rabbits are crepuscular, which means that their favorite times of day are dawn and dusk. As night falls, the chickens put themselves to bed in the coop on the roosts. Phoebe has to go inside as well, as she needs to stay safe from hunters that come out in the dark. Usually, when she sees me walking towards the coop she hops right up the ramp. She knows that a carrot or banana chip will be offered to her. Lately, though, those treats can’t compare to a nighttime hop-around her construction site. 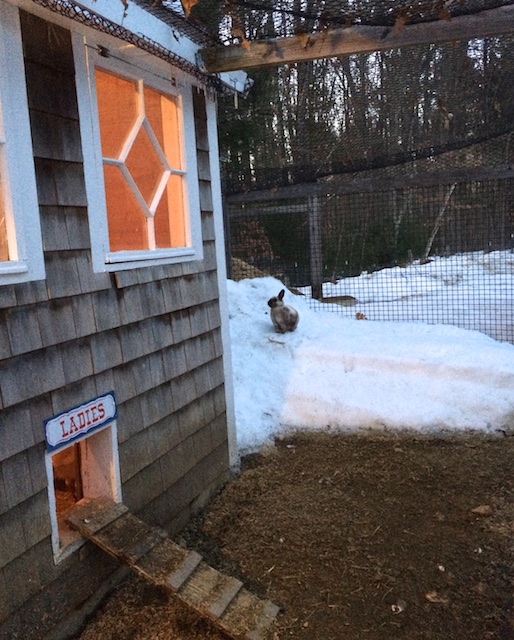 So, don’t worry if I haven’t closed the animals up right at sunset. We’re keeping an eye on things, and letting Phoebe play during what she considers the best winter, ever.