So far, it’s been a mild winter. There’s been quite a bit of precipitation, but it’s been more drizzle and rain than snow. We complained (bitterly!) about the polar vortex last year. This year we complain about how it’s not cold enough to stop the invasion of invasive winter moths. I worry about illness when the ground is wet and the air is cold. Tonka has a bit of a runny nose. Pip has developed a skin rash (more on that another time) but so far, the hens are fine.

The other day, the girls had an outing. They usually go running, pell-mell out the door, but this time, the sight of green grass stopped them in their tracks. Look at Agatha eye the ground! 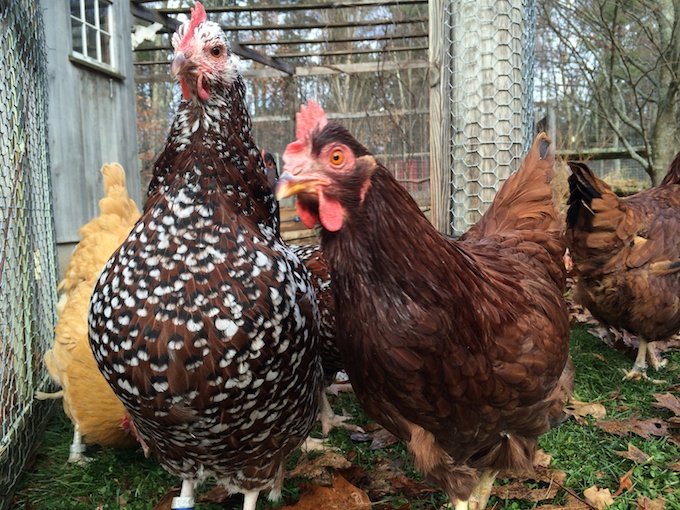 Although I provide dust baths in tubs inside, they still prefer to luxuriate in real dirt. But it has to be dry. Beatrix and Owly found some under the wood pile. 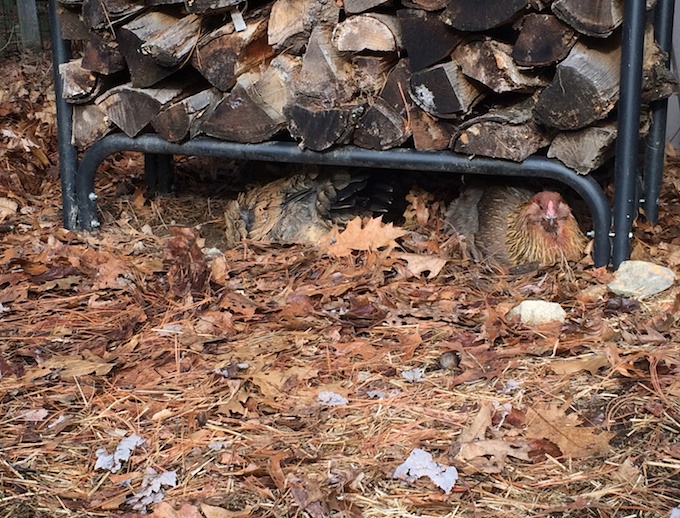 Eventually, the hens did go wandering. This time, last year, there was half a foot of snow on the ground. This year, the girls are pecking at bugs! 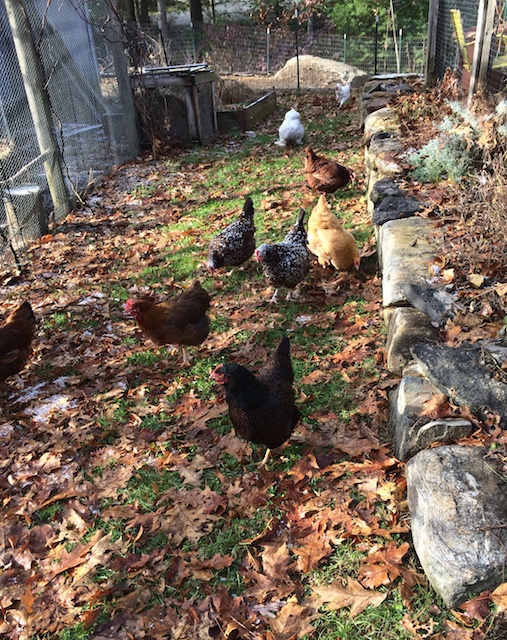 During the growing season, the goats are grazed on the lawn on leashes. Otherwise, they’d make a bee line to the roses, the parsley, the flowers… However, in the winter, they’ll allowed to go wherever they want. At first they weren’t sure of their good fortune. 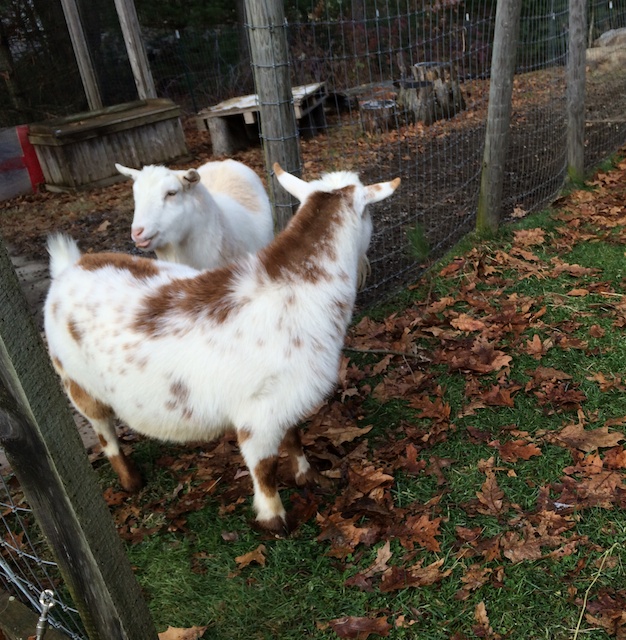 Then they start grabbing at grass. 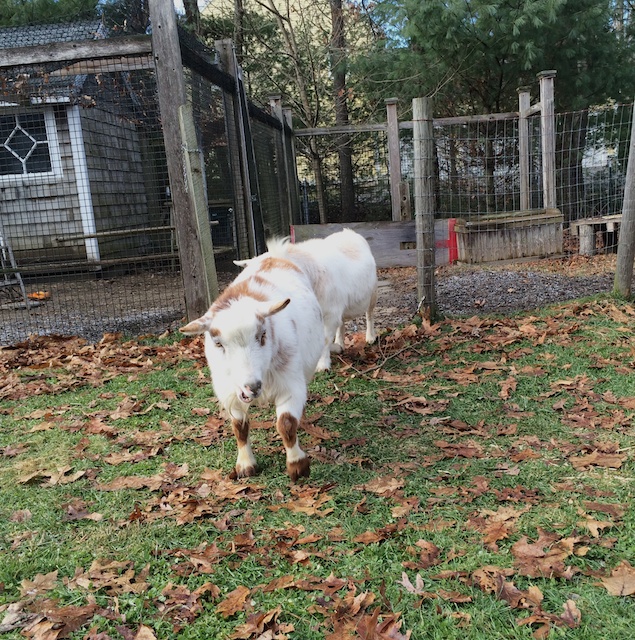 It dawned on them that they were being allowed to eat anything! They thought that they were getting away with something — don’t tell them that I’m pleased to have them prune down the herbs. 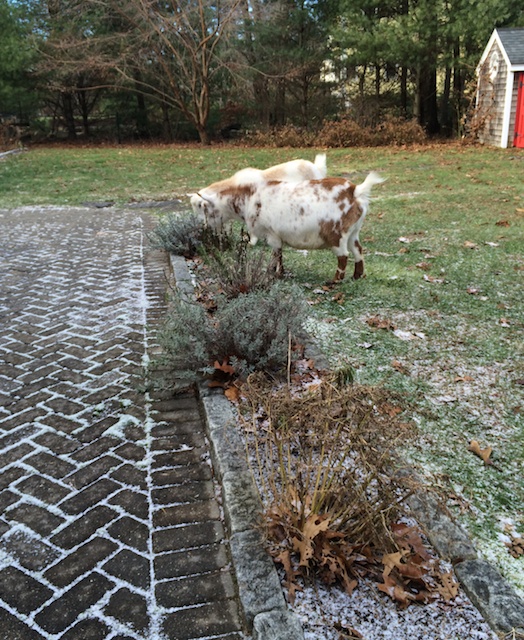 They went on to eat wilted flowers, raspberry canes, the leaves remaining on the roses, mint, black-eyed Susan stalks, and more. They have no complaints about this mild winter. 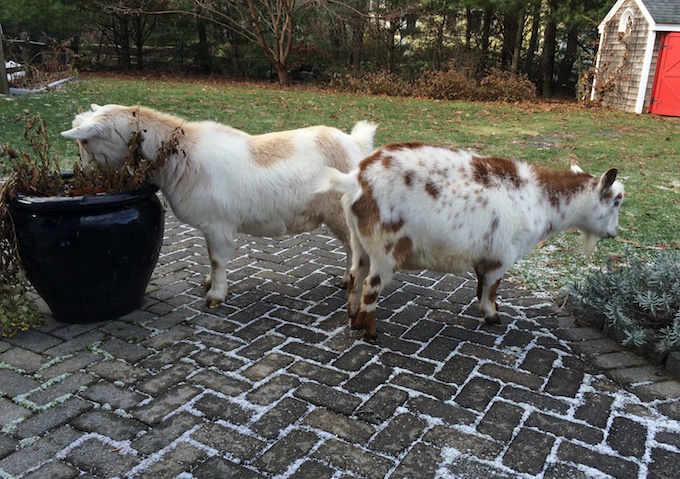