Twinkydink had been ailing for a long time. Last year her comb went grey. That’s a sure sign that internal organs were shutting down. 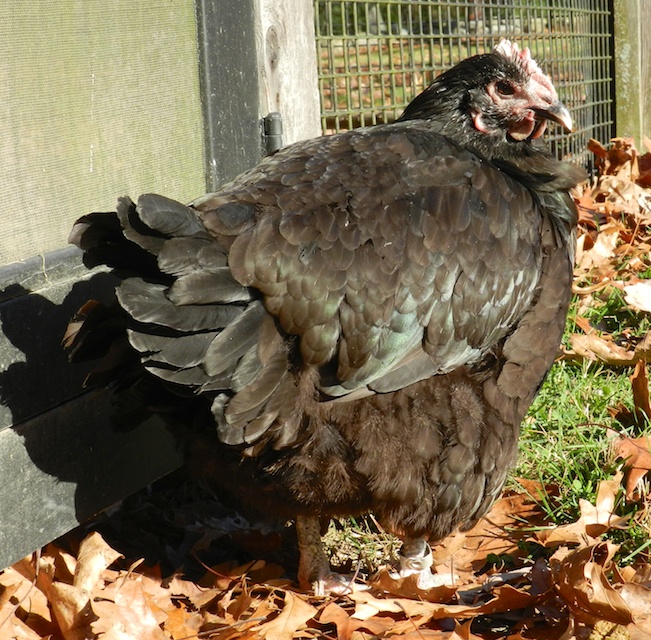 And yet, she went about her days in an unobtrusive way. Once a bossy hen of top status, she slid gracefully into the role of friend of the even slower Buffy. The young hens liked her. Twiggy took a shine to Twinkydink.

Twinkydink continued to eat and drink. She still roosted, albeit on a lower rung. About two weeks ago she took a noticeable turn for the worse. She slept more. A hen who rarely sat down, I now noticed her huffed up and resting in the sun. She was three months shy of turning nine years old. Ancient for a hen. But, still, she ate and drank and made her way in and out of the coop at will.

At the end of last week I could tell that she was on her last days. Twinkydink was unsteady on her feet, a first in her very long life. Two days ago she slept in the nesting box, which is something she’s never done. Still, she ate and drank. On Friday, despite the bitter cold, she stepped outside and ate snow. She chose to chill her body down. Perhaps this made her feel better?

I put put her into a cozy nest in the barn, thinking that she would die quietly. An hour later, checking on her, she was up and walking around and insisting that she rejoin the flock. This old bird was going to die on her own terms.

I had a choice to make. I knew that you’d see her, staggering around, and, what with the temperatures in the single digits, you might see her freeze. I could have removed her from the camera’s view. But, I wasn’t going to close her into a place she didn’t want to be. Twinkydink didn’t want to be comfortable and warm. She clearly wanted to be outside. After eating breakfast, she walked out the pop door and sat down in her favorite place near the ramp. Right in front of the camera. I apologize for worrying some of you, but it’s where she wanted to be. For awhile, Twiggy stood on the ramp in the sun, seeming to keep her friend quiet company. No one bothered Twinkydink. No one pecked her. She kept her status to the end. I had to be gone most of the day, and got back late in the afternoon. She was still alive, but barely. After the Ladies went in to roost, I carried Twinkydink, who felt barely heavier than a handful of feathers, inside to be with the flock when she died, which she did a few hours later. 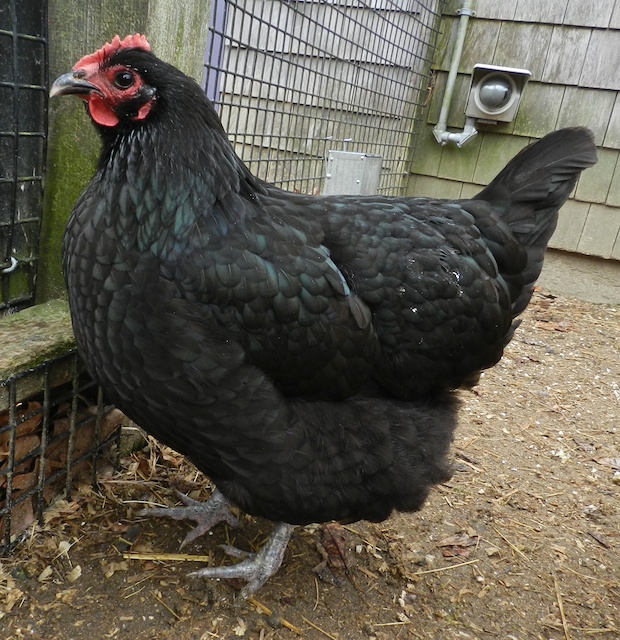 If you get a flock of hens for your backyard, you’ll have to be able to handle death. It’s different than you might have ever experienced with your household pets. First of all, there’s more of it. A flock of six birds means six deaths, likely within a half-dozen years. A sick cat or dog is taken to a veterinarian, who you’ll be able to pass much of the burden onto. For your dog, you might decide on a valiant (and expensive) course of action, making you feel that you’ve done something. But, when a chicken is near to the end it is not a time for heroics. It is a time to do the right thing as they pass on. You might be very attached to your dying hen, but it is wrong to impose your own needs onto your bird’s passing. Prolonging her life is not a kindness. There will be difficult decisions to make, which should be done in the context of what is right for the hen. I’ve had two chickens die in the last week. One I had to euthanize (by breaking her neck) to prevent suffering. One I let die on her own terms. These decisions are always judgement calls, but I take comfort in knowing that they were based on years of experience and of having observed these individual birds.

I’m hoping, that over the course of the remaining winter months, that I’ll not have to deal with more deaths. Edwina, my last very old hen (she was a chick-mate of Twinkydink’s) shows no signs of slowing down. Edwina, is an amazing old bird, and as robust as ever. LIttle Betsy Ross is now the last old hen in with the young Ladies. She’s doing fine, too. As am I. I am not hardened to deaths in the flock. I’ll miss these birds and remember them fondly, but I won’t mourn them. Years of keeping chickens has taught me that birds come and go. It’s the nature of animal husbandry.