Even a spacious chicken run will turn to dirt, and over time that will become so packed down that water can no longer drain through. I rake the manure and remove it from the pen weekly, but still, much gets worked into the ground, and eventually the surface of the run will become hardpan. For the chickens, it will be like scratching on concrete. An algae bloom appeared on mine, along with weeds that no one wanted to peck at. 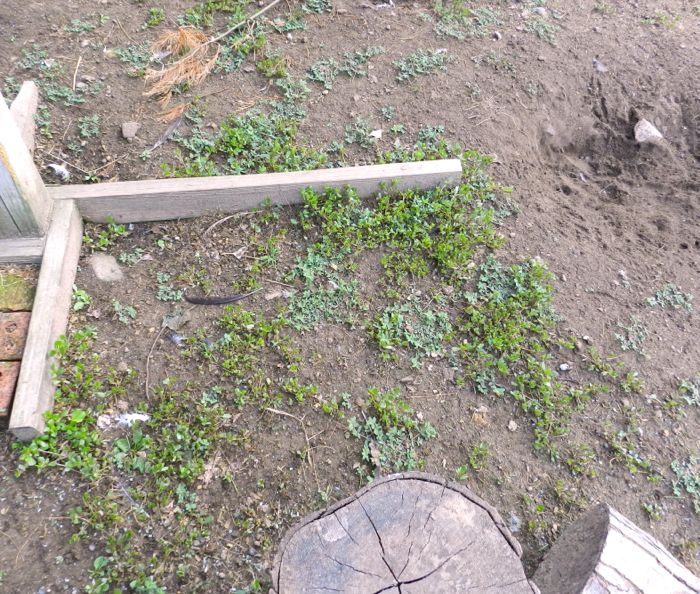 When this happens, manure becomes a slick and nasty coating on the surface. There are few nice places to dust bathe. Simply put, it’s yucky.

We’ve been in the midst of a miserable heat wave, but I couldn’t bear seeing my flock in such conditions. So, at six in the morning last Friday, I got out my pitchfork. Owly was interested. 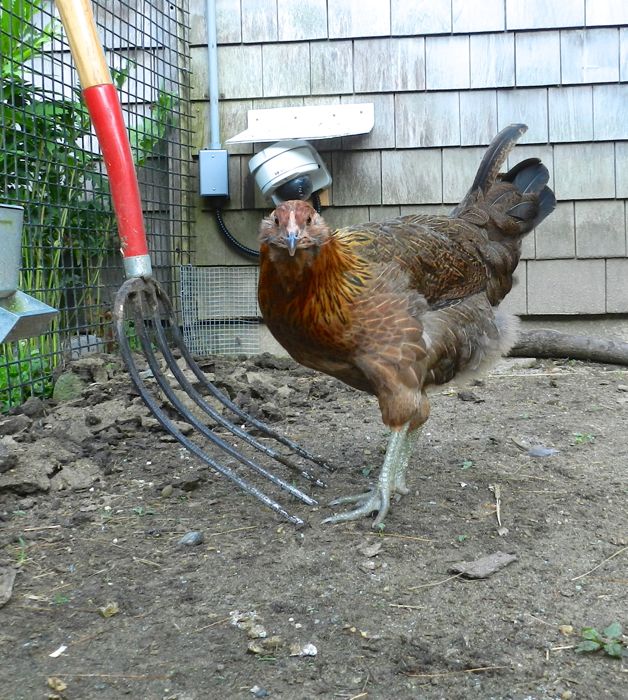 I dug. You can see how there was an impermeable layer at the surface. 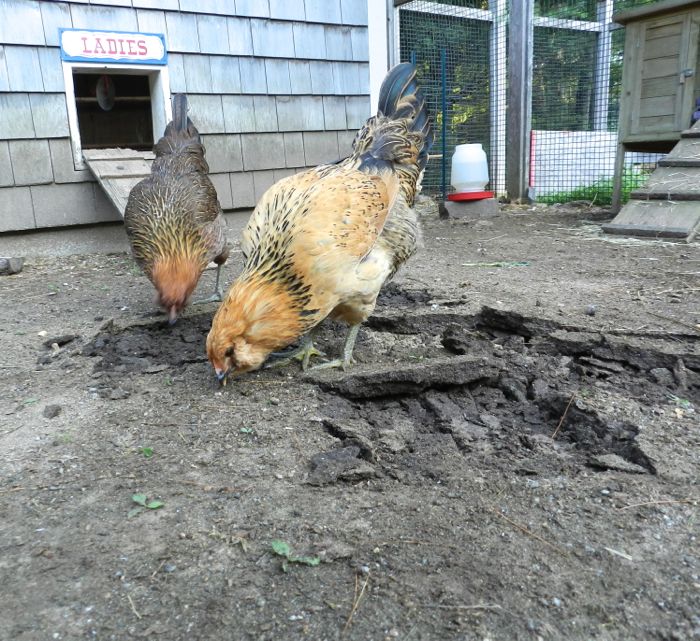 Turning over the dirt exposed all sorts of interesting things for the chickens. Betsy led the way. 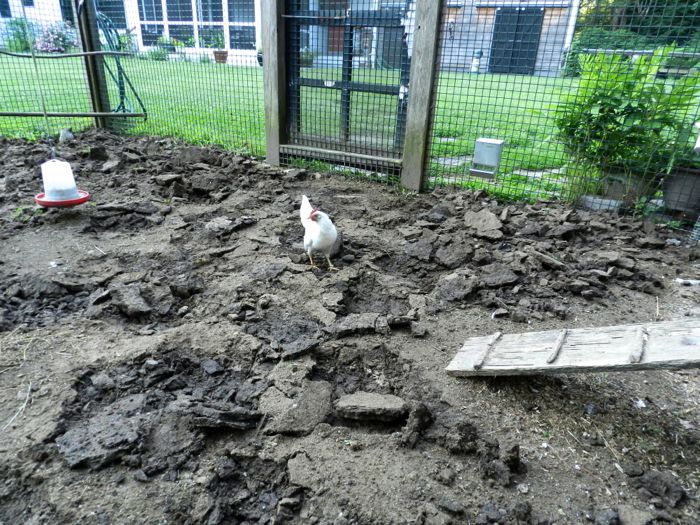 Soon everyone was investigating what was unearthed. 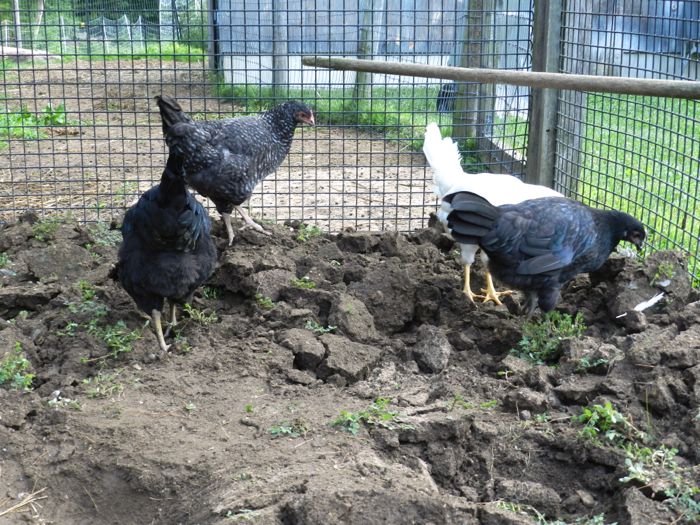 Bunnies are curious, and Phoebe liked having a different surface to hop on. 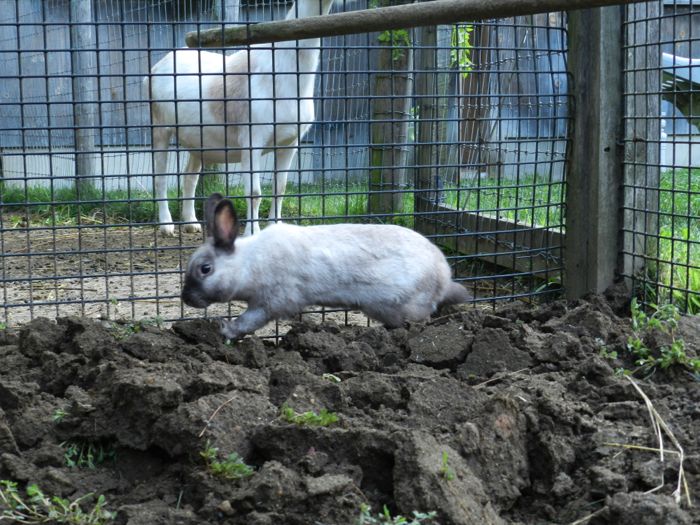 I bought 5 tubes of sand. 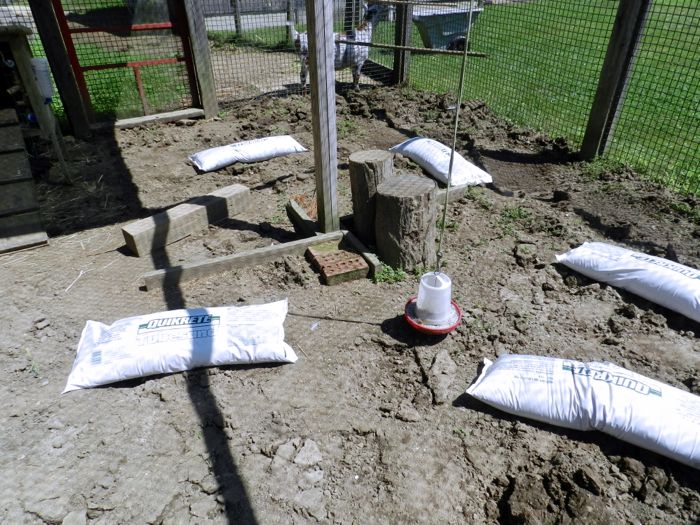 I mixed it a bit with the dirt and raked the surface smooth. The sand adds drainage. 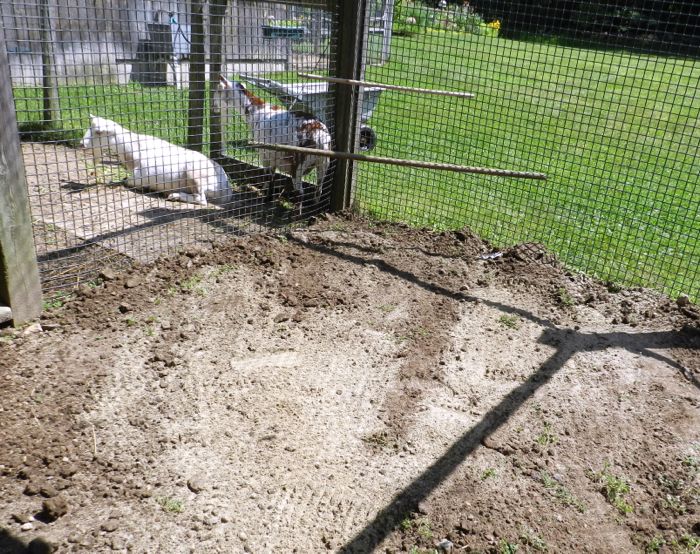 The pullets immediately began to scratch in the soft surface, seemingly delighted that they could. 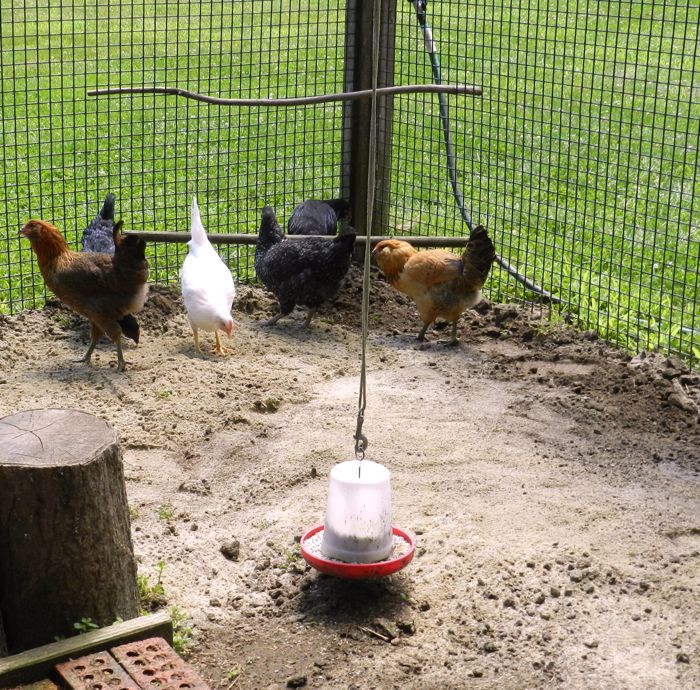 Buffy made the best use of the new loose soil. It was cool. It was comfortable. It was the perfect place to wait out the heat wave. 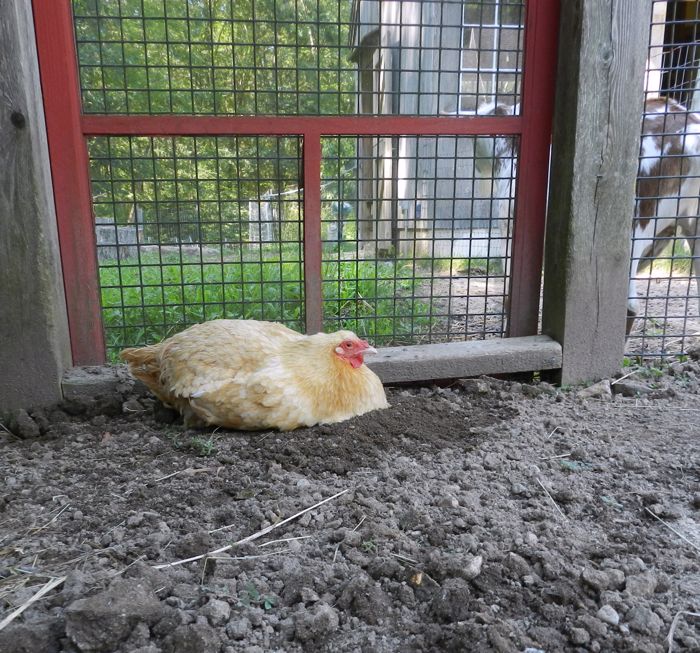 If only it was that easy for me to cool off! By the time I was done, I was hot, drenched with sweat, and streaked with dirt. A shower and an iced coffee revived me. All of the effort was worth it. The animals clearly said Thank You.