Supermarket eggs are all uniform in size and shape because they’ve been laid by hens that have been carefully bred to lay eggs that look identical. Not only are their genetics narrowly defined, but production chickens are all the same age, and eat a uniform ration. Despite that, since chickens are animals, not machines, there are variations. You never see those odd eggs in supermarket cartons because they are sorted out and used in “processed egg products.”

Certainly, the factory egg facilities don’t have chickens that looks like this: 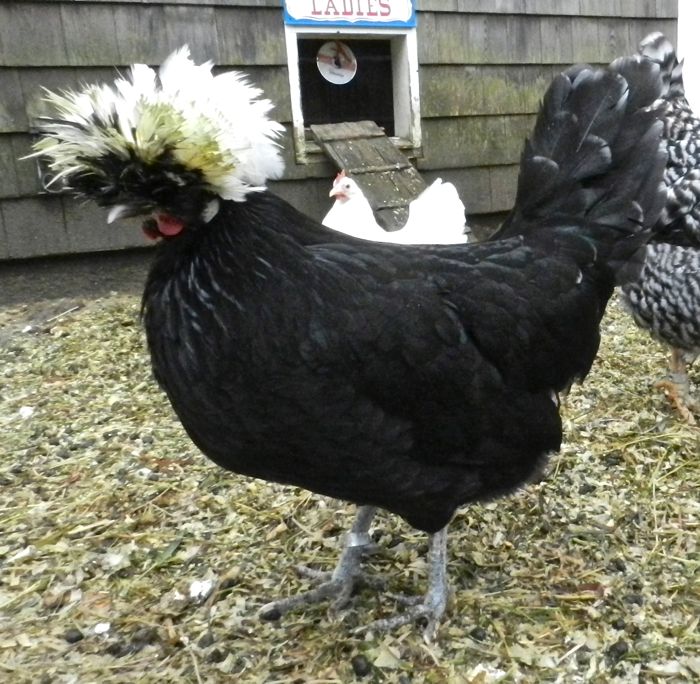 Siouxsie is a Polish hen, turning four years old this spring. She’s a breed that sporadically lays medium-sized white eggs. After a break for the molt and for winter, she’s begun laying again. Siouxsie is rather dramatic about it. She huffs up, tail down, and looks miserable for hours. Sometimes she lays in the nesting box. Sometimes she gets into a trance and lays on the ground. The other day she laid an egg without the coating of the bloom. Yesterday she laid a huge egg, pointy at both ends, which is the egg on the left in this photo. The egg on the right is a more typical size and shape for a Polish hen. 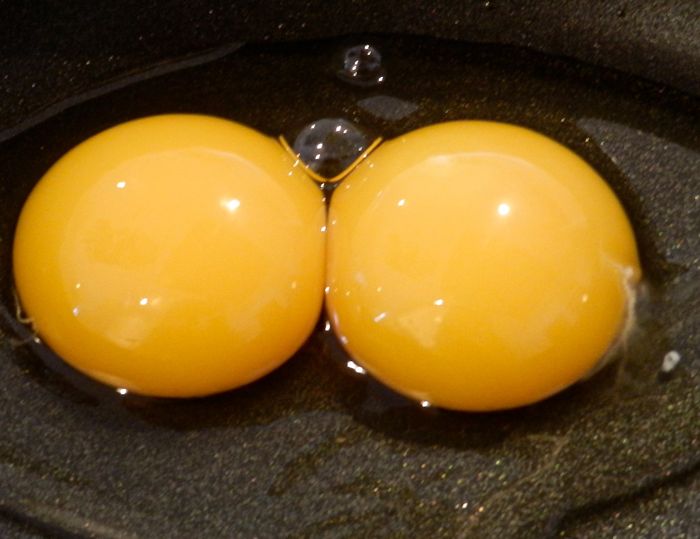 Creating an egg from the start in the ovary, until it’s release out of the vent, takes more than 25 hours. A lot happens as the egg moves down the hen’s reproductive tract; for some hens the process goes smoothly day after day, for others, like Siouxsie, there’s a glitch here, an imperfection there. In this case, her ovary released two yolks at the same time. I ate this egg for breakfast. It was delicious.