I grew some of the best-tasting tomatoes ever this year. They were big and delicious and abundant. And then I had a busy week at the end of August and ignored the patch. When I finally got back into the garden this is what I saw: 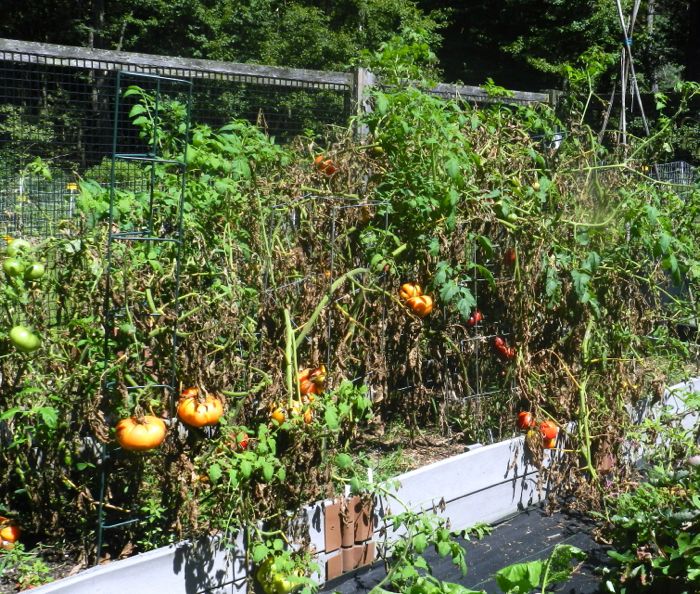 It’s the first year that I have ever had tomatoes destroyed by tomato blight. It’s a fungal disease that kills the plants and causes lesions on the tomatoes, making them useless. Plants are more susceptible if crowded and if the leaves stay wet. Because it had been so hot, I’d been watering regularly with a sprinkler. But, I’d placed the plants too close together – I had no idea how large and sturdy these varieties were. The combination of crowding and overhead watering did them in. If I had noticed it coming, I would have picked all of the tomatoes at the onset and been able to save most of them. The fungus doesn’t make people sick, and you can cut away and use the good parts. But, all that I was able to harvest were these: 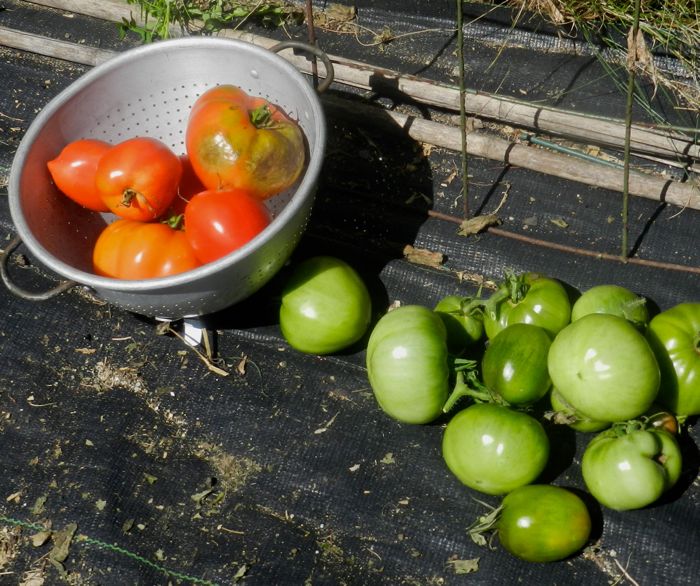 You can see the damaged flesh on that red tomato. Since the green tomatoes had the fungus on them, I wasn’t going to leave them out to ripen, and they weren’t good enough to use as is. But, I knew who would appreciate them. 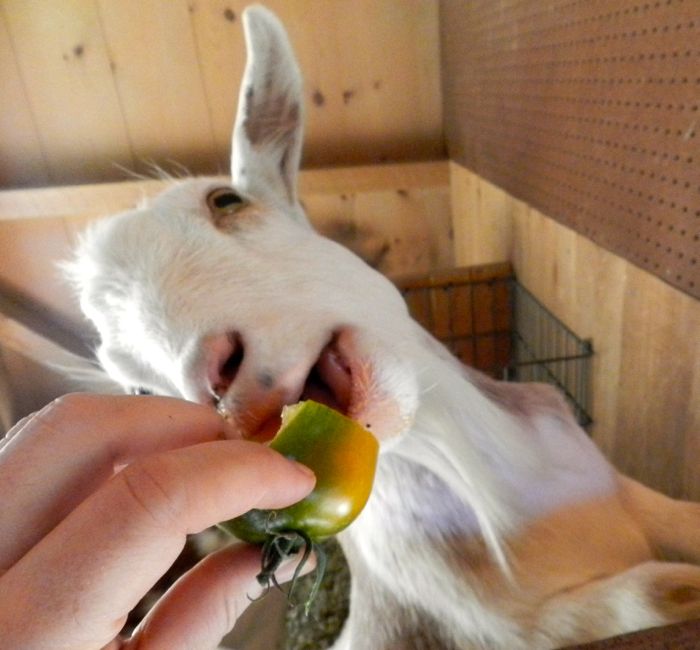 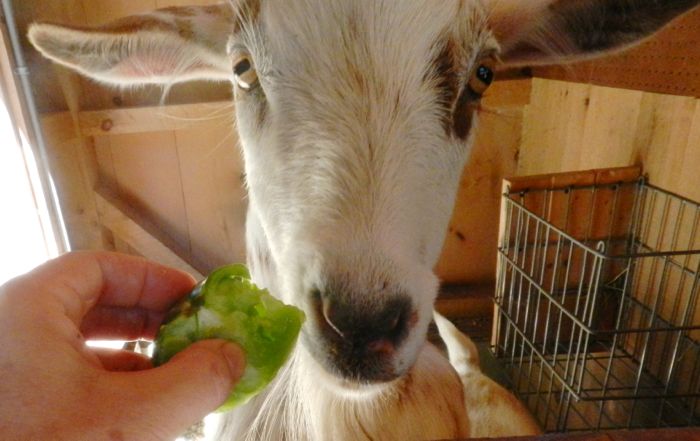 Which makes his brother even happier. 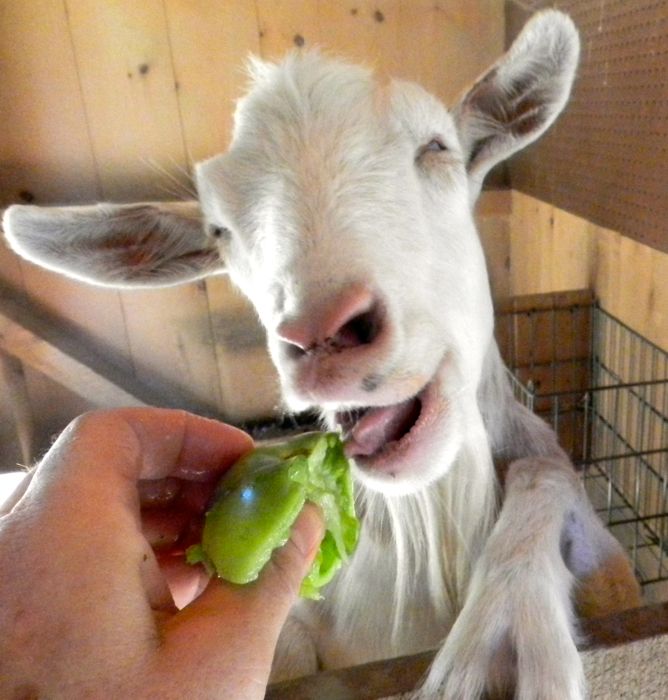