When the chicks arrived, two days old, they were fluff balls. They looked either like striped chipmunks or yellow poufs. But now the girls are nine weeks old – old enough so that I can tell them (mostly) apart. Their personalities have developed along with their feathers. Some are calm. Some are skittish. Some are curious. Some stand out in the crowd, some don’t. It’s a peaceful flock. They forage. They flap. They roost. They scratch. They dust bathe. They have so much to do that they don’t hassle each other. The pecking order is there, but subtle.

Early on, I decided to name the chickens after gems, but I waited until I got to know the birds before making final decisions. Here they are. Introducing…

Little Blue Sapphire. She’s the runt, and spends most of her days sitting in regal splendor. No one bothers her. She’s small but has presence. 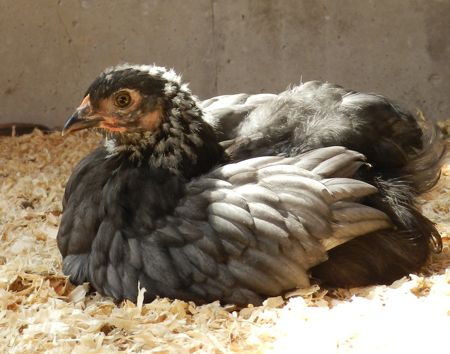 Pearl is a Splash Cochin. She’s large, fluffy and calm, but not particularly friendly. 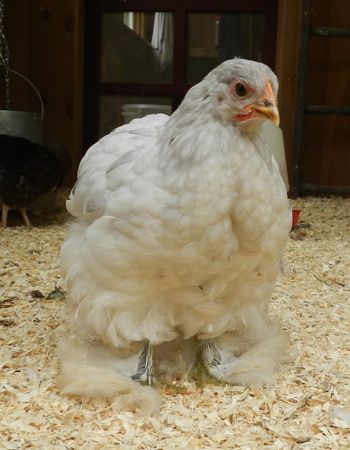 There are three golden pullets. They might all be Buff Orpingtons. Or one might be a Buff Chantecleer. Right now they’re interchangeable. Topaz, Amber and Beryl. 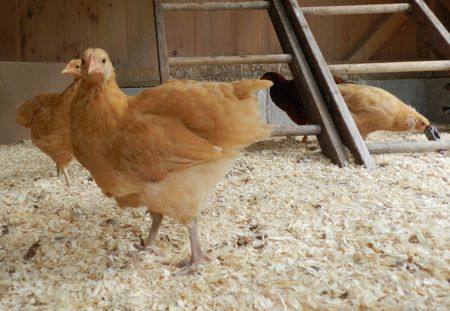 The two New Hampshire Reds are also peas in a pod. Garnet and Ruby. This photo of one of them will do right now for both. I think that with time, their personalities will distinguish them. 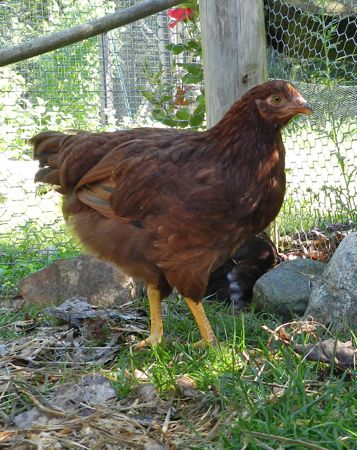 Jasper, the Welsummer is a beauty, though a bit flighty. 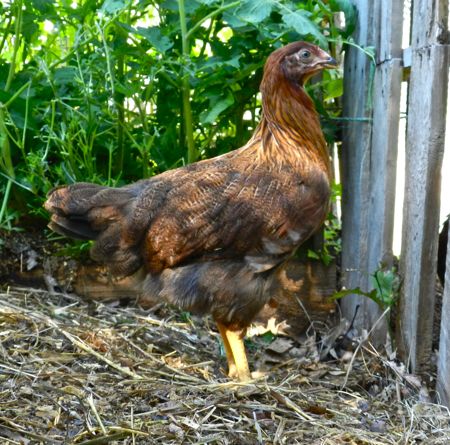 The Barnevelder is active and not one to visit with me. Onyx. 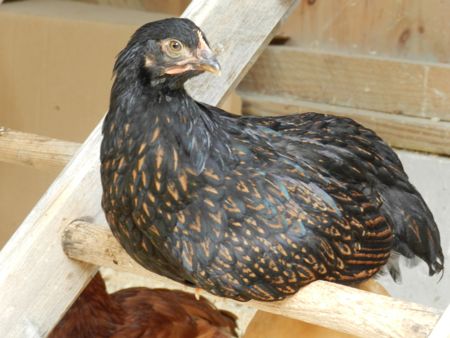 The hen that clearly wants to win “Miss Congeniality” is Agatha Agate. Like my late, wonderful Speckled Sussex, Lulu, she’s curious and friendly. But, unlike Lulu, Agatha is calm and steady. She’s a lap sitter and a hen that wants stroking. 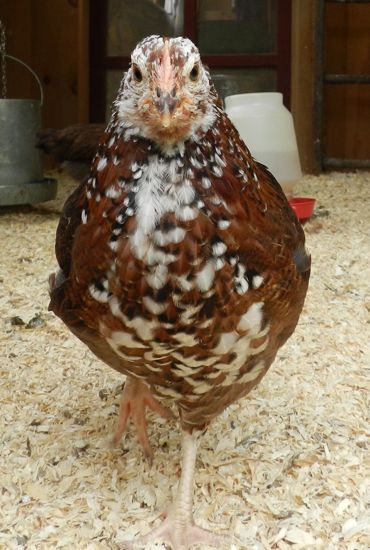 The other two Speckled Sussex are fine birds, but are not people-oriented like Agatha. I’ve named them after famous women geologists. Etheldred Benett (1776-1845) was an early British scientist. This Etheldred has much more white than Agatha. 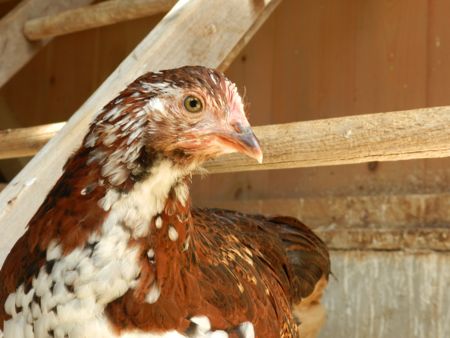 Florence Bascone (1896-1945) was the first woman hired by the USGS. My Florence is the smallest of the Speckleds. 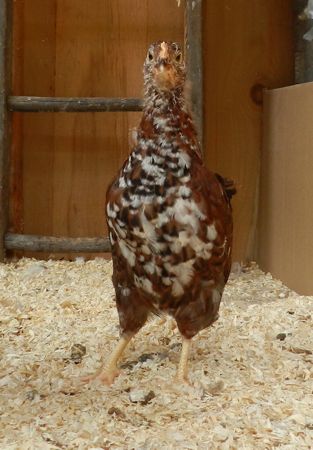 Lastly, there is Opal. She is huge. Her feet are huge, her comb and wattles are red and huge. And look at that tail! If she’s a he, there’s no sign of spurs or crowing or any other rooster-like behavior. Opal is the shyest one of the bunch. Maybe when she grows into her out-sized feet she’ll gain some confidence. Meanwhile, Opal gallumps around the pen, eats like a meat bird, and has yet to make any friends. I’m hoping she’s a she and she can stay. I rather like her. 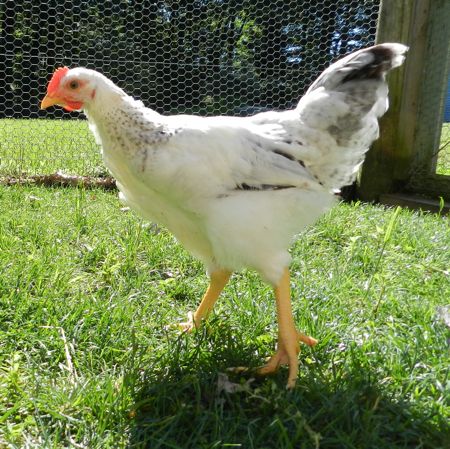