The goats stopped eating their hay. If you recall, they didn’t like the coarse first cutting hay that I had, and so I bought four bales of second cutting. They liked the first few flakes, but then they turned up their noses at it. The hay looked okay, it was green and leafy, but when I shook it, dark dust flew. Mold? If so, it didn’t smell bad yet. However, Pip and Caper, the goat gourmands, pulled the hay out of the rack and piled the rejections on the floor. Look at the deep bedding. Expensive deep bedding. 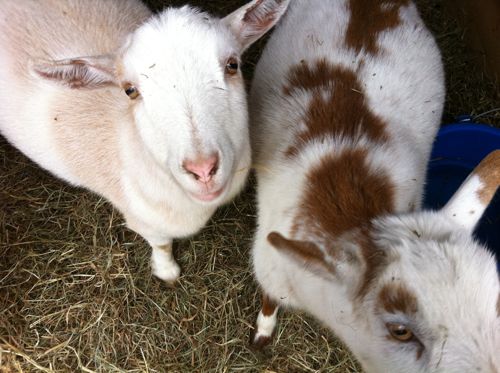 Also notice Pip’s dirty nose. He was so hungry that he dug under the fallen leaves in the meadow and snuffled in the dirt to find edibles. Also notice the round torsos. They were in no danger of starvation. (Caper disputes that, but don’t believe him.)

Still, it’s important for goats to have full bellies at night. Their four-stomach digestive process produces heat, and so it’s important for them to eat a lot before bedtime in order to stay warm through the night. (Jealous? I am.)

So, despite my busy, pre-surgery schedule, this morning I drove 25 miles to a feed store in New Hampshire that had second cutting hay. I got five bales. I moved the old bales into the HenCam coop. Candy likes the old hay for eating and for snuggling in, so she’ll get it throughout the winter. The one open bale (which I think is the only one that the goats should have had objections to) I put along the fence in the HenCam pen.

That made the hens, and Candy, very happy. 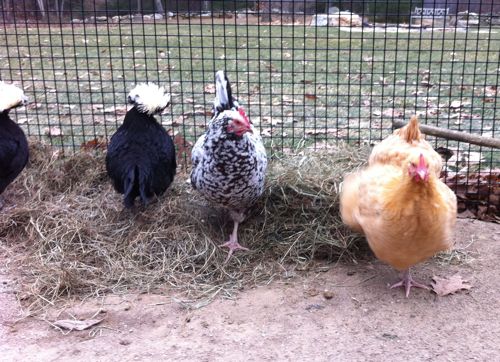 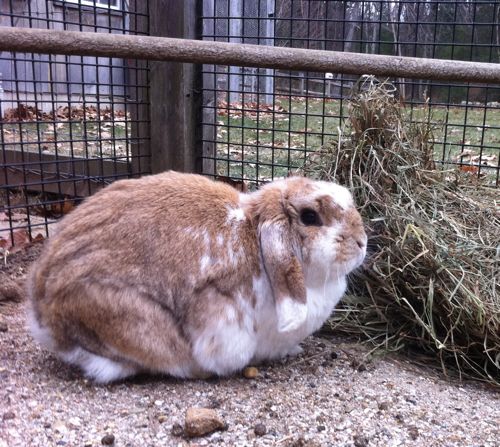 Meanwhile, Steve mucked out the goats’ stall. I put a new flake in the rack.

And the goats ate. 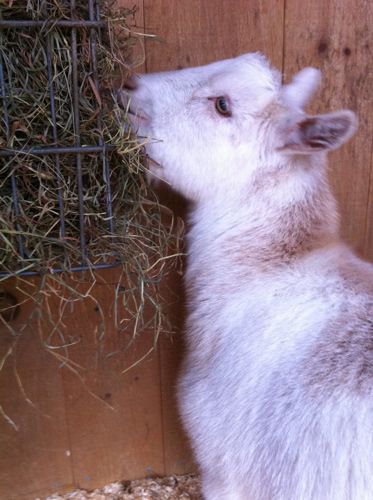 And ate. Pip ate so much that even though there was hay dangling from his mouth, he couldn’t chew anymore. 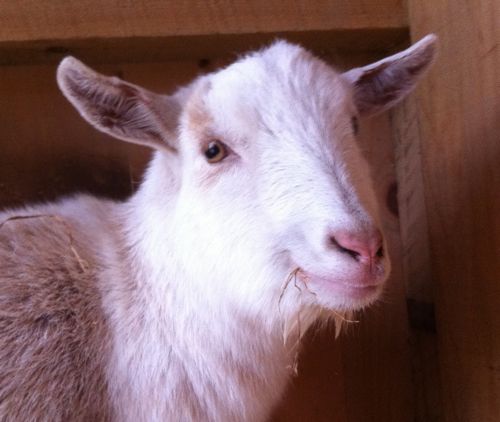 But he wasn’t too full to have the last laugh. 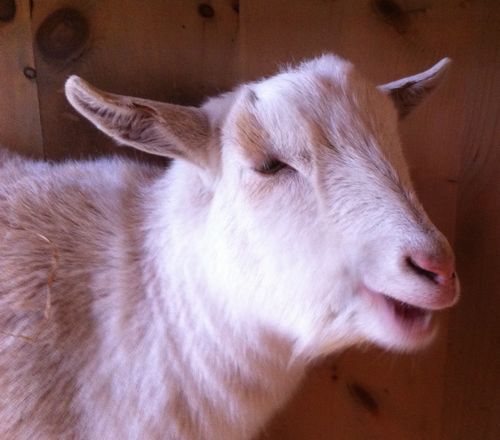