Look closely. It could be a statue. Waiting… waiting… 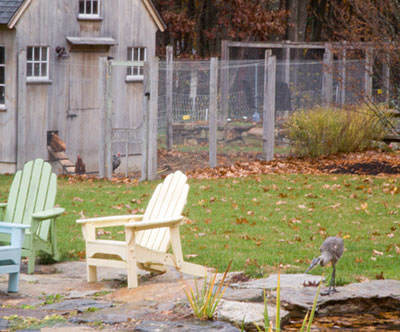 I didn’t see this heron catch a fish. Maybe the chickens did. They were watching, too.

I hope the heron was successful. The pond has too many goldfish! We keep the pump running all winter, and the water flows, but, during a very cold spell much of the pond freezes up. There’s always water in the “cave” under the big rock, but there’s not enough room for everyone – especially now that The Beast is so big. 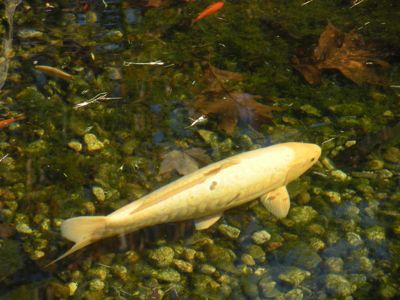 This is a six-year old koi. I bought it for $2.99 when it was less than 2-inches long. Obviously, outdoor pond life agrees with her. It probably weighs more than the heron, and is at least as smart.