The first real snowfall of the year was a beauty. It came on Thanksgiving, which made it seem like a holiday gift (at least for us, as we weren’t traveling.) The snow was just wet enough to stick and outline every branch and leaf. Heavy snow can cause damage, but this was only a few inches, so it was pretty but didn’t wreak havoc here in my small corner of New England. 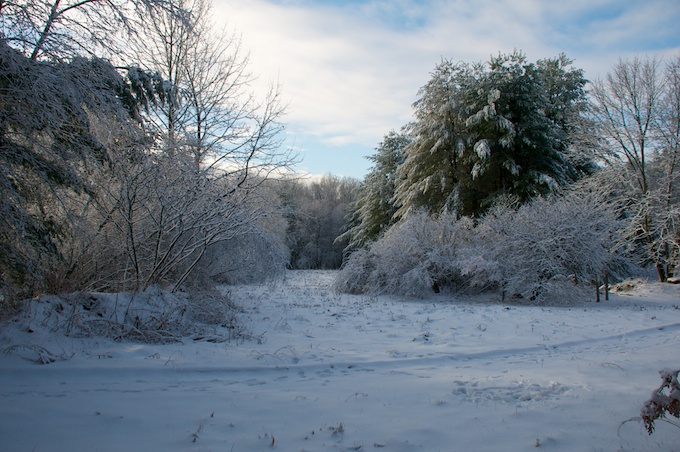 Some snow is too icy, or conversely too fluffy, to hold tracks, but this snow, early in the morning, gave off the secrets of the animals that were out and about.

There were footprints by the stone wall. 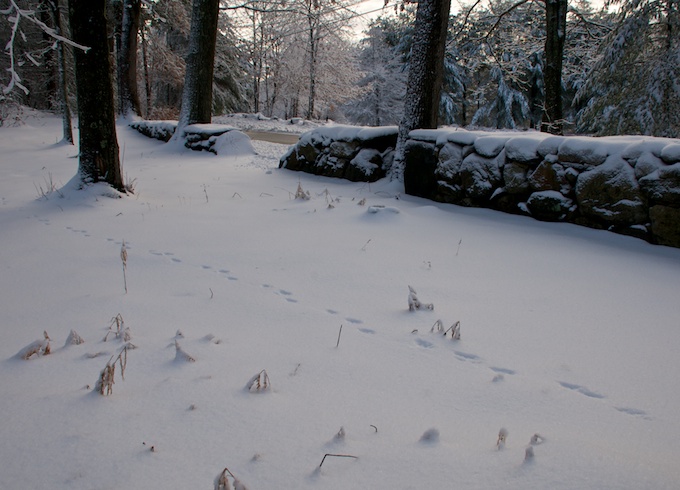 There was a distinctive pattern of four footprints, and then three and a hint of a tail drag. This was a large animal. 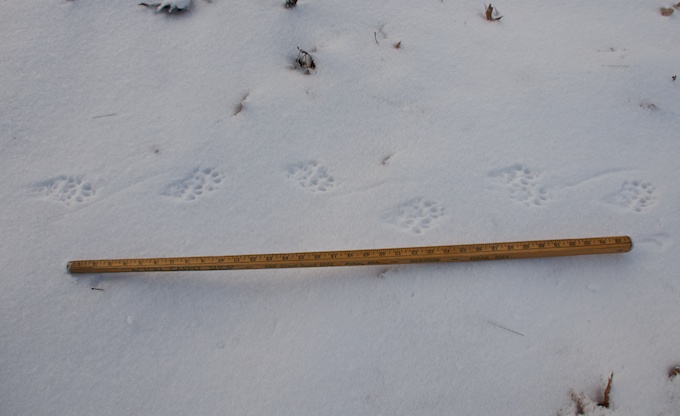 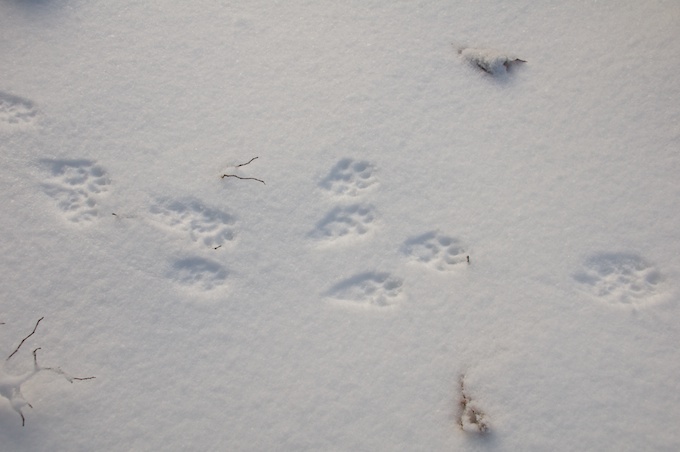 The fisher cat is a large weasel and is a fearsome predator. It has massive claws, sharp teeth, and a habit of killing everything that it can and caching the extra in a vee in a tree. (If you come across a dozen dead squirrels wedged between two branches in a tree trunk, you’ll know who put them there.) Fisher cats will rip down fencing to get into a coop. In one hunting spree, a fisher will kill all of your chickens and all you’ll find are a few feathers in the morning. Fisher cats are known to scream. My neighbor’s old dog treed a fisher and the sound was chilling. She pulled her dog away and put him inside. You don’t want your dog tangling with an angry fisher cat. 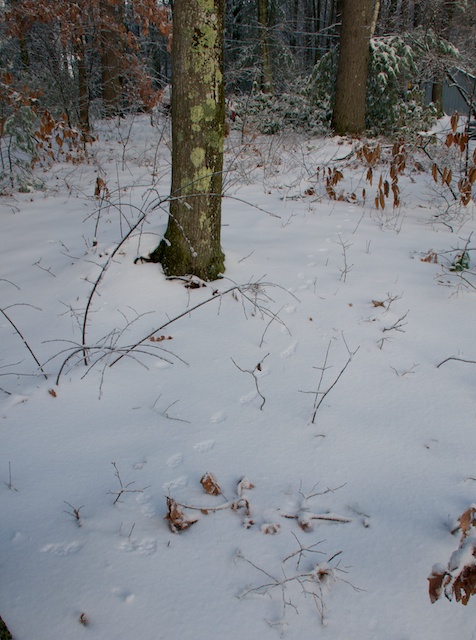 It stopped and circled a few trees, and here you can see it deciding what to do next. 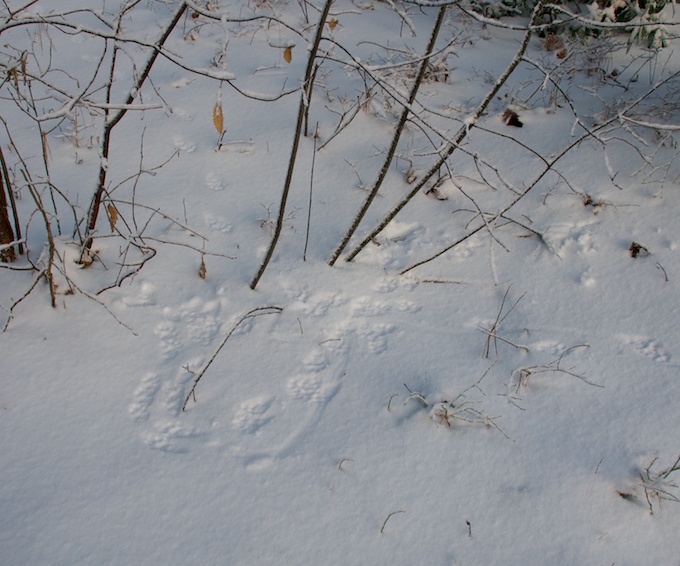 Then it went on it’s way.

I’m sure that the squirrel who left these tracks on our stone wall was relieved to see it go. 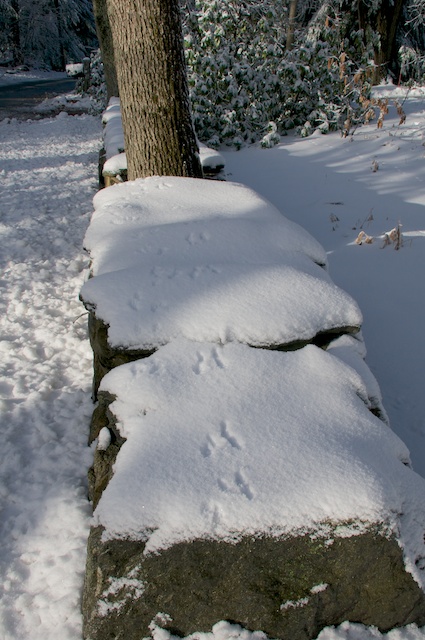 Note: A big thank you to Steve who I woke up to take these pictures (it’s tricky photographing in snow.) Tracks don’t remain sharp for long. Another fifteen minutes, and a few degrees warmer, and the tracks would no longer have been clear.