The Mystery of the Thin Shelled Egg has been solved by Nancy Drew, herself! 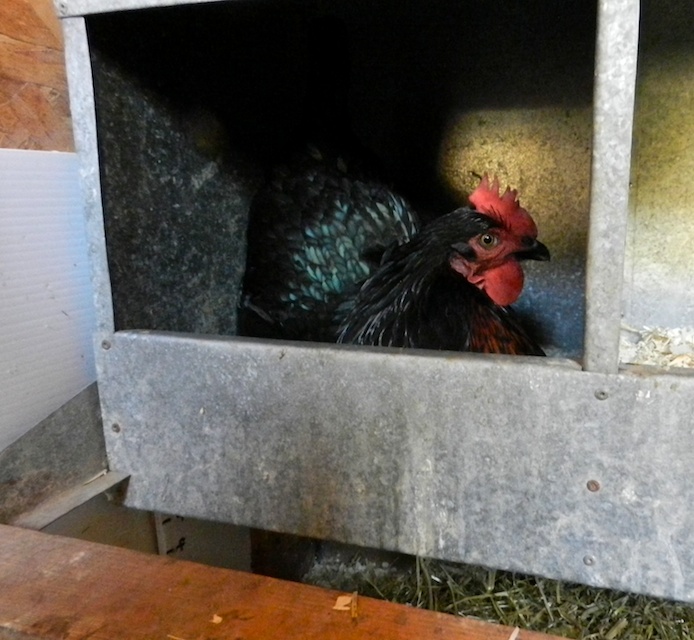 Throughout September and October, Nancy Drew laid only a couple of eggs a week, and those were thin-shelled and easily broken (and then eaten by Betsy Ross, the pesky little bantam White Leghorn.)

What caused her eggs to be so fragile? The flock’s diet is excellent, and the other hens are laying sturdy eggs, so food wasn’t the culprit. Sometime disease can cause thin eggs, but then the eggs will be wrinkly or misshapen, and Nancy’s eggs were smooth, so that lead was a dead end. Sometimes hens are genetically predisposed to laying poor quality eggs, but some of Nancy’s were fine. So, what was to blame?

Nancy Drew pondered the mystery. She sat in her nesting box and thought. She sat and thought some more. And it was that very sitting and thinking that solved the problem! It takes more than 25 hours from the time that a yolk is released from the ovary until an egg is formed and released out of the uterus. Twenty of those hours are spent in the shell gland. At the end of the process, the hen needs to sit quietly while the shell finishes being constructed. A chicken that is agitated and jumps in and out of the box, or a hen that never settles into the box, will lay fragile eggs. Nancy Drew was one of those hens. She didn’t give her egg-making apparatus enough time.

But, Nancy has learned patience and she has solved the case of her own thin-shelled eggs. She’s now laying four eggs a week, and they’re all perfect.