Pip and Caper are twins. They’ve never been apart. They’re good buddies, but they’re brothers. You know how that is. Pip is as sweet as sweet can be with people. But, he’s greedy and possessive when it comes to food, and when it comes to me. If I scratch Caper, Pip squeezes between us. If Caper is eating something good, Pip butts him out of the way and claims it. Pip’s rudeness doesn’t seem to phase his brother. For the first year I though that Caper wasn’t very bright. He let Pip push him around and he often wore a “what?” sort of expression. I was wrong about his smarts. Caper is the one who figured out how to open the latches on the stall door (which are now secured with carabiners.) Caper is the one who knows how to squeeze out of a 2-inch gap in the fence. Caper does these things when no one is watching. On purpose. I once glanced over when he was finagling with a chain on the fence. He caught my eye and immediately looked all innocent and dim-witted.

You would think that Pip, being the bossy one, would control the play time. Goats do like to play. There’s the invitation with a gentle head butt. 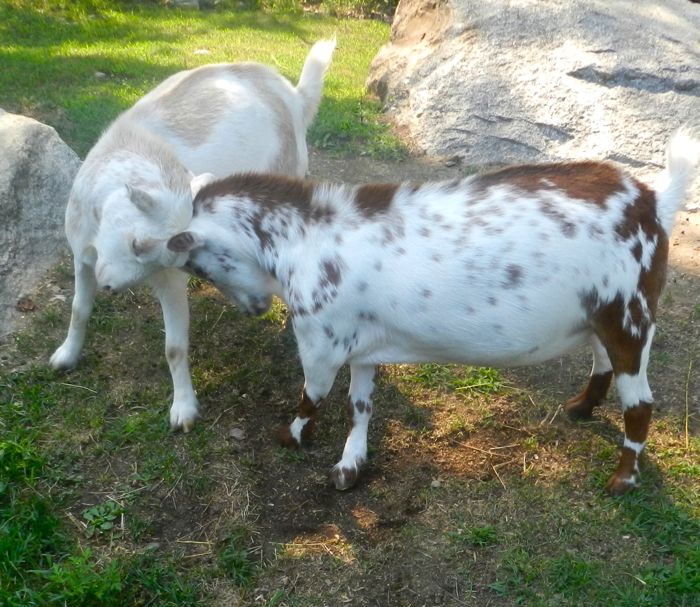 There’s the circling around, tails wagging, hair on their backs up in a ridge. 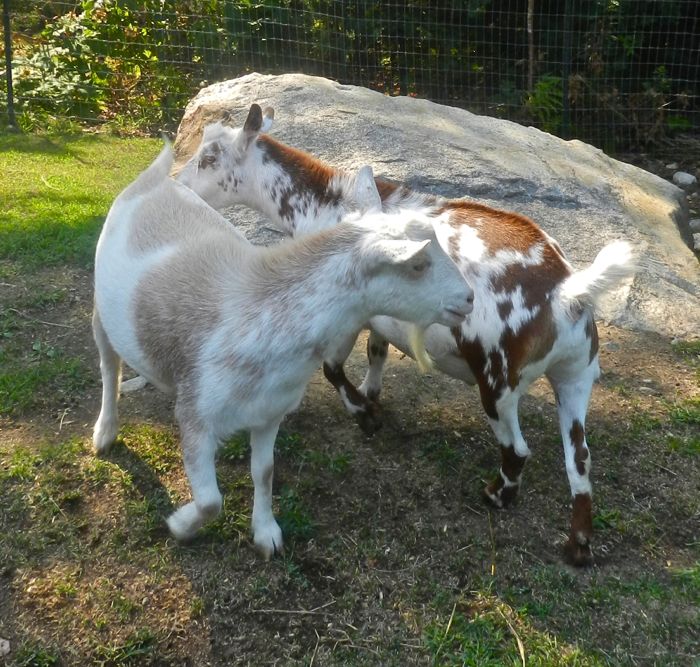 But, Pip, like many bossy sorts is, underneath it all, lazy. Caper looks like the underachiever – he is tubbier and is often gazing off with a blank stare. Don’t be fooled. Sometimes they start the “let’s play” routine and then Pip checks out. Too much work. That’s when Caper does this: he bites Pip’s ear! 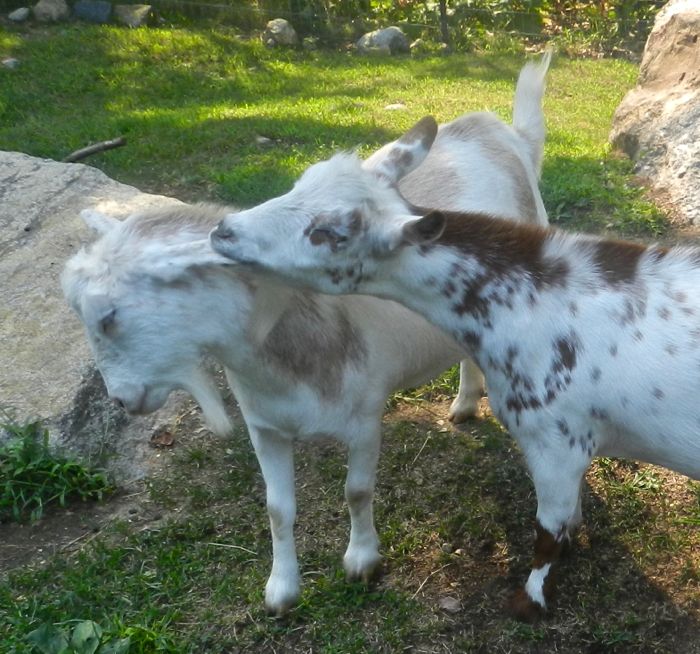 Look at the expression on Pip’s face. 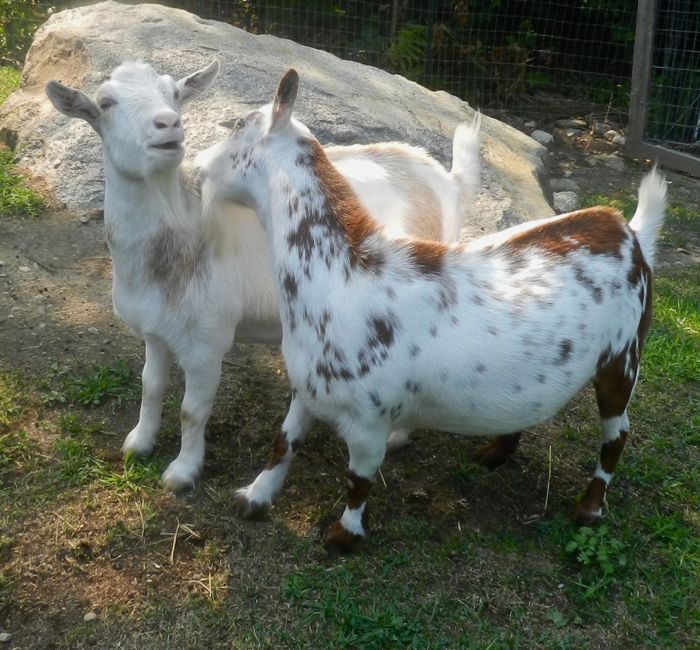 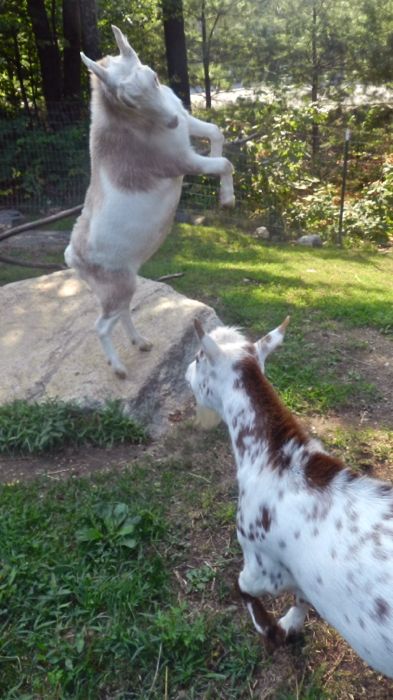 Do you see Caper’s body language in the photo? For a goat about to be head-butted, he sure looks relaxed!

So, if all you knew was that Pip was the dominant goat, and you saw Caper being pushed around and t-boned by his brother, you might take pity on poor Caper. 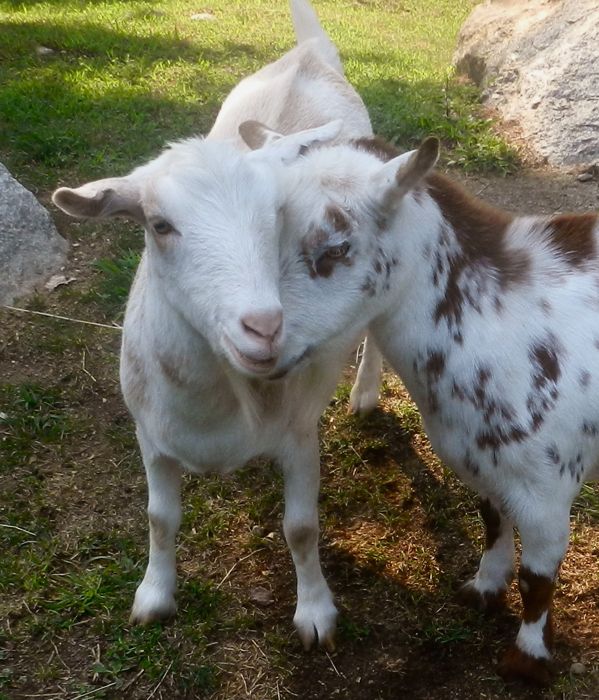