On Wednesday I opened the door and let the Gems out onto the lawn. They were hesitant, but Agatha led the way. After all, she reasoned, if I was out there, it must be safe. 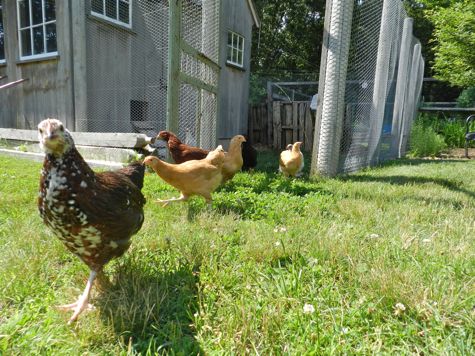 Little Blue Sapphire needed a little coaxing, but she soon joined the flock. She very much liked the soft, green footing. 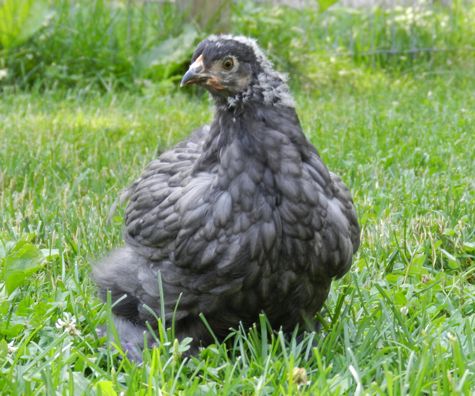 The Gems introduced themselves to the goats. 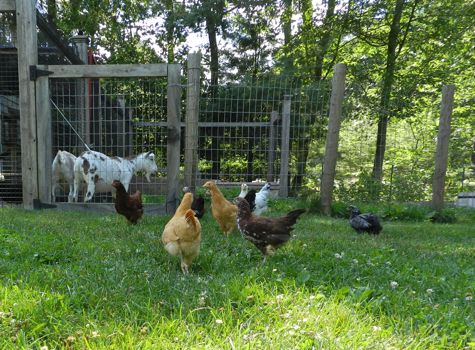 The old hens were eager to get a closer look at the interlopers. 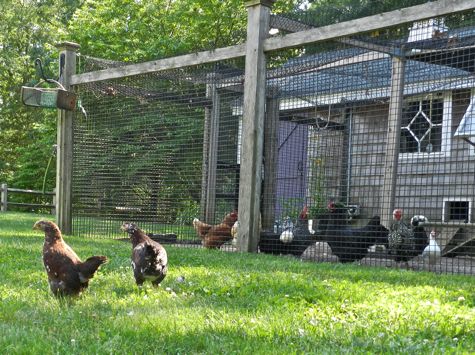 Time for the two flocks to meet. 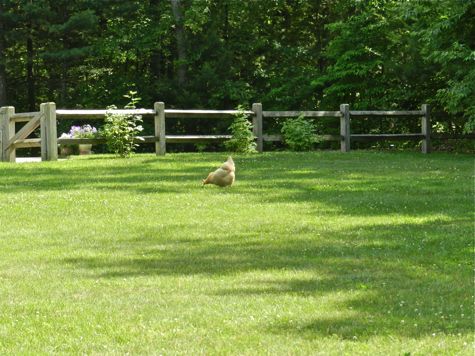 But Opal, the top hen (rooster?) of the Gems, so sure of herself, after weeks of barging into the other girls, grabbing food, and basically throwing her considerable size around, took that attitude right to Philomena. It was a mistake. 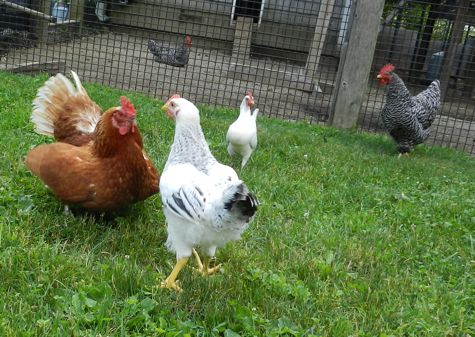 After Agnes let Opal know what’s what, Coco had her say. Look at the body language on that little bantam! Opal didn’t dare get close enough to even chest thump. 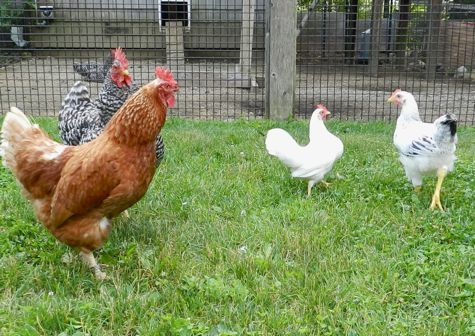 I was hoping that this would happen. Opal has become increasingly aggressive. She goes gallumping through the Gems, making them run willy nilly out of her path. She’s a bully. (Or a rooster, or both.)

Her attitude is much better today. 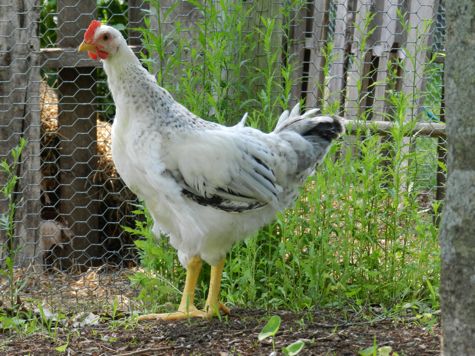