In just over a month the chicks have gone through a stunning transformation. That adorable puff-ball stage lasts only three days. Then the quills emerge, first on the wings, then on the necks. Soon more down flies and more feathers come in. Plumage seems to change as fast as the “horse of a different color” went from pink to blue in the Wizard of Oz The chicks’ mature look won’t occur until they are laying eggs, at about five months of age. Until then, I’ve been watching the costume changes and trying to match the chick to the breed.

My Meyer Hatchery order of 25 chicks specified ten different breeds. When the chicks arrived some were yellow, some were stripey like chipmunks, two had feathers on their feet and two were dead. The hatchery web site has photos of chicks, but honestly, all those yellow chicks look alike. Ken and I divided the order as best we could.

I know that I got the Blue Cochins that I wanted. Size and temperament vary as much as their sizes, but their color and the feathered feet confirm their breed. 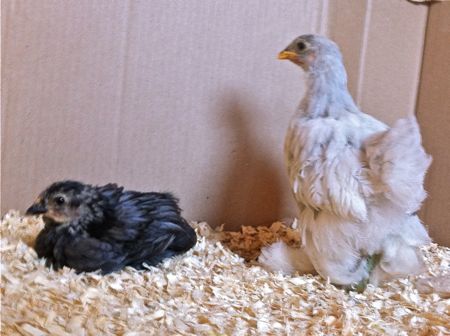 Also obvious are the Speckled Sussex. They’re clearly dotted (I’m told the white swath on their chest will disappear as they mature.) It appears that I have three, so Ken is missing one, but that’s okay with both of us. There’s a lot of variation between the three in size and coloration. It’ll be interesting to see what they look like next year.

But, maybe I don’t have three. That one on the left has beige legs, not yellow. Is she something else?

At least the Delaware is obvious. Should I be worried about the size of “her” comb? It’s large, but pale. I know it’s a Delaware, but I’m not 100% convinced that it’s a girl. 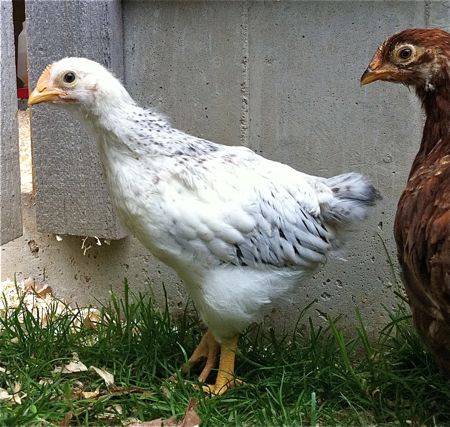 Then there are the three yellow chicks. Ken has what we think are the two Buff Chantecleers. I’m supposed to have the Buff Orpingtons. Only two. But there are three. Two have the white legs and skin of the Orpington, but the other is a tad darker. (See the one on the left?) The problem is, there’s not another chicken on the order that should be yellow. However, we did get an extra chick (the hatcheries usually send a spare.) So, this must be it. The question is, what is it? 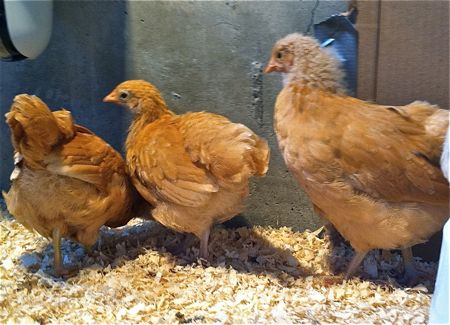 And then there are the brown chicks. There are two of these. I think they’re my New Hampshire Reds. 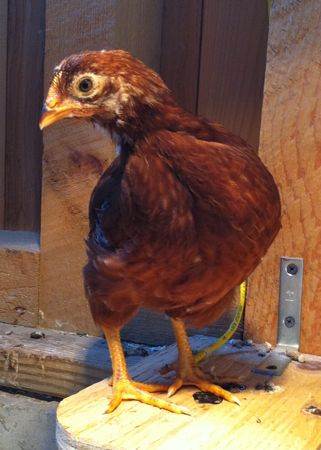 But I could be wrong. There’s also this one. Is it the Rhode Island Red? Or a Welsummer? 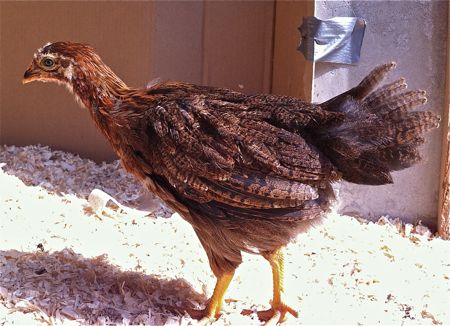 And there’s this gorgeous dark chick. Maybe she’s a Barnevelder. Do I even have a Welsummer? 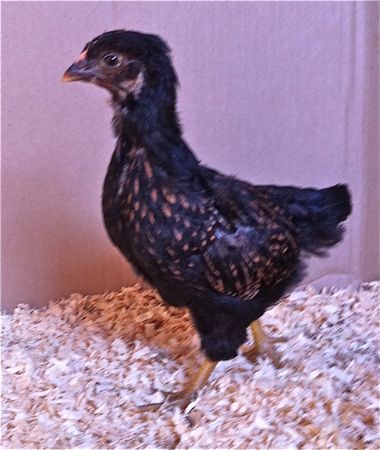