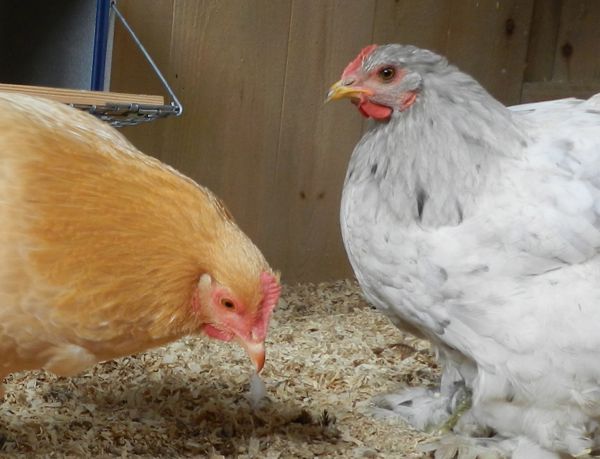 Pecking order, and as the term implies, is established by using their beaks. But, that does not mean that the hens spend their days attacking each other. A group of chickens should quickly reach an agreement, and each hen will know her status. Status determines who gets the best tidbit and who gets to sleep in the prime spot on the roosts. Think of the pecking order as a resource guarding. Hens want to keep the best things for themselves and the pecking order determines first dibs. Despite the fact that chickens have no qualms about bossing underlings around, once the pecking order is set the flock should be peaceful with no obvious bullying, and certainly no terrorizing the low status birds into corners or drawing blood!

It is personality, not size that determines who is on top. I’ve found that the breeds that are the most active foragers and need the most space, such as Barred Rocks, Wyandottes and Rhode Island Reds, tend to be the dominant ones, and the Orpingtons, Cochins and Polish lower down. But, there are always exceptions. My first Bantam White Leghorn, a petite hen, was the queen of the barnyard for years. 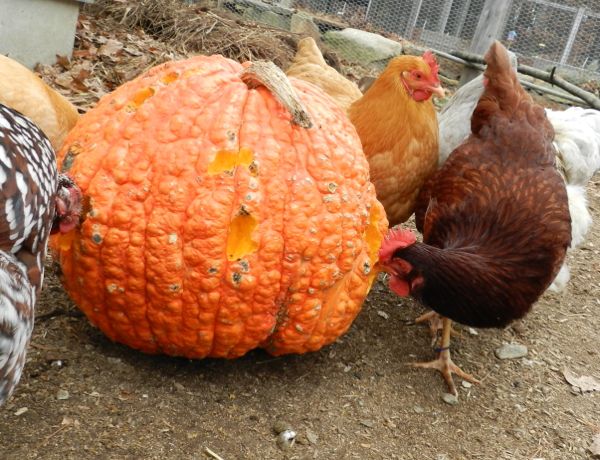 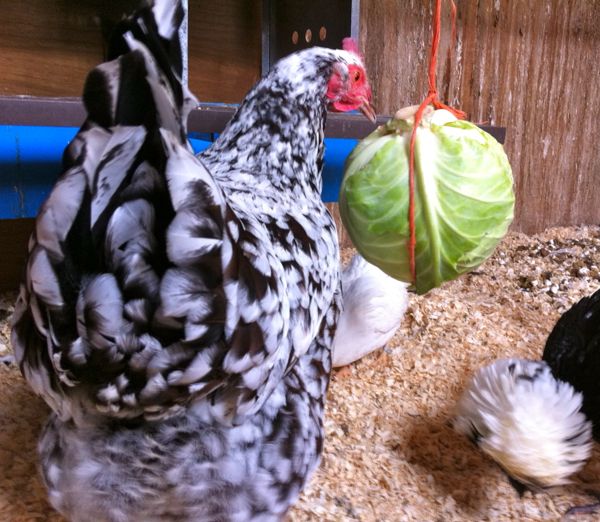 It’s rare (it’s only happened once here in 20 years) that you’ll have a hen who is a bully and despite having everything that she needs, goes after the other hens with an unrelenting viciousness. Remove her from the flock for four days. Put her out of sight. When she is returned she will be at the bottom of the pecking order and she will rarely go back to her aggressive ways. If she does, get rid of her. 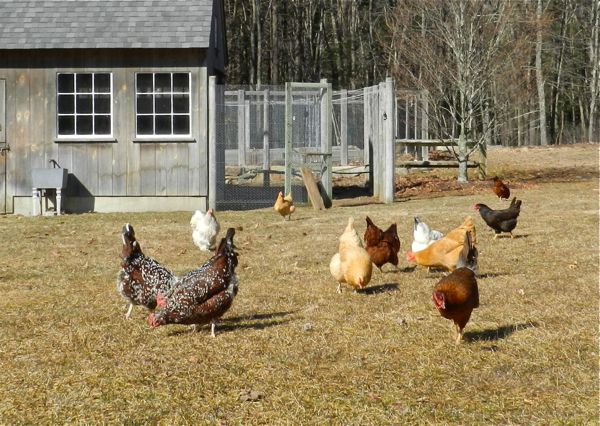