You can’t drop a new hen into your flock and expect it go peacefully. It’s the nature of chickens to drive off an unknown chicken. It’s normal for an established flock to aggressively go after the interloper. Try it and you’ll see body language that ranges from mildly threatening head-darts to more dramatic chest bumps. Usually, the meeker hen will scurry away with the head hen in fast pursuit. If the new hen is introduced into a confined area where there is no space to escape, the aggression can escalate to bloodshed. A hen might pin another one down and viciously peck at her head. Intervene if you see this behavior as this can lead to death!

Each chicken will have a different response to the newcomer. Some are easy going but others won’t tolerate an intruder. Some large chickens chase off bantams. And everyone has issues with pouffy-headed Polish. That said, I have had a mixed flock of small and standard birds, Polish Crested, plainly feathered and fancy speckled that have all lived fairly peacefully together. However, it takes some doing.

If you decide to add a hen or two to your small flock, the first thing to think through is what you’ll do about biosecurity. That healthy-looking chicken that you bought on a whim at the fair can be a vector of all sorts of ailments. Check the new hen over for lice and mites and treat if necessary. All chickens have been exposed to various germs, some of which your existing flock has yet to be exposed to. The new hen might appear fine but be a carrier of disease. Viruses are shed when animals are under stress, and adding a hen to a flock is stressful for all. So, always isolate the new bird for a week before introducing her to your flock. Still, that doesn’t guarantee that she won’t bring disease onto your property. Adding a mature bird to the flock is always a risk which is why I prefer to get day-old chicks. However, babies require a brooder and a separate area for four months until they’re old enough to go in with the big girls. It’s a decision you’ll have to weigh based on your own situation.

Introducing a new hen goes easier if she’s had a chance to meet the others through a fence. The best scenario is to have a pen next to the existing coop and run. Keep the new hen there for few days until no one pays her any mind (at first there might be chest thumping and pecking along the fence line.) Then, have the new hen explore the coop and run without being bothered by the flock (let them free-range, or have them out in the pen while she checks out the coop, and vice versa.) Let the new girl look around so that she can discover where the food, water, roosts, etc. are.

Then, if you can, let everyone out onto the lawn where they can spread out, ruffle feathers and do some dramatic body language without being able to corner and beat up on the interloper. 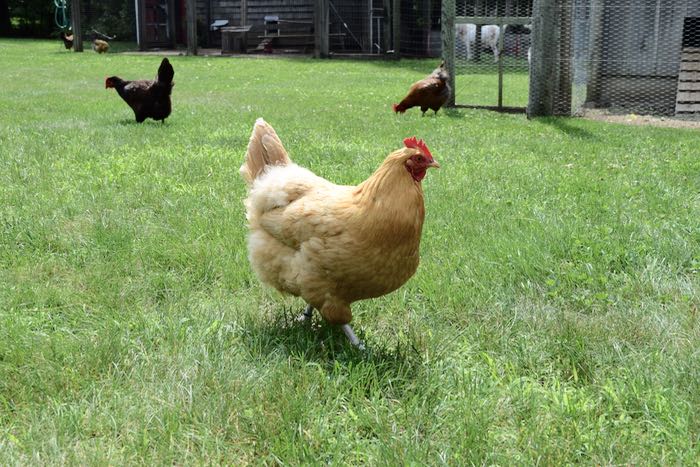 Once the hens have met and free-ranged together without a skirmish, you can move the new hen into the coop. Do this at night. When they are sleeping, set her onto the roost with the others. When everyone wakes up, they just might say, “You must have been here all along.”

Make things easier for everyone by adding only as many hens as your coop can comfortably hold (design criteria in my FAQ.) Add an extra waterer and feeder in the outside run so there are no resource guarding issues. Supply outside roosts so that everyone has room to spread out, both out and up. Provide interesting foods that take a long time to eat, like pumpkin and big summer squash. 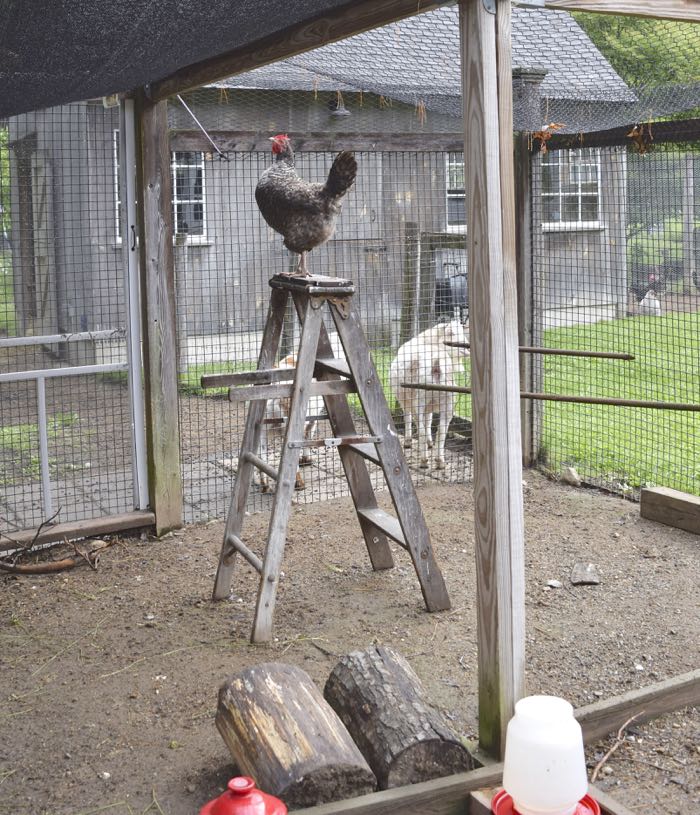 If there’s enough space, food and distractions, everyone should figure out how to get along. 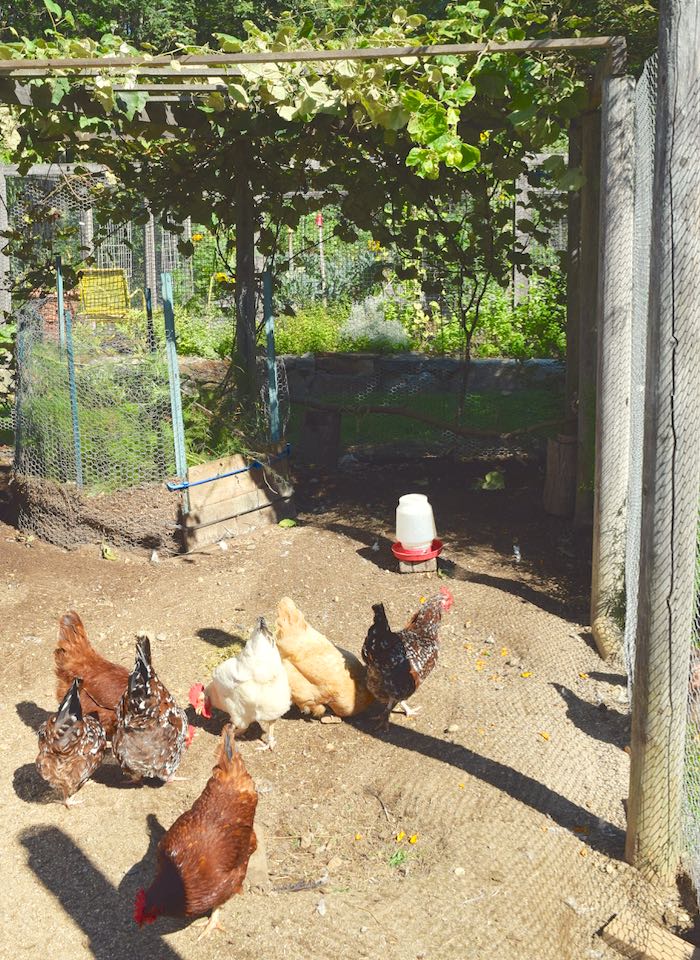