With more than twenty years of experience and countless hours devoted to researching backyard hens, I consider myself something of an expert and I’m confident giving advice. I don’t feel the same about goats. Although I write about Pip and Caper, my knowledge is limited to these two individuals and the seven years that I’ve had them. Once in awhile, though, I pass along something that I think is helpful or fun. From experienced goat keepers I got the idea to give Christmas trees to the goats to chew on. I’ve been giving the boys pine trees for years now. Some I cut myself from the back woodland, some I get after Christmas when people drop their trees off at the town DPW.

Yesterday I heard from Liz, a reader who like me, has a small flock of hens and discovered that chickens are the gateway animal to pet goats. This past year she added three wethers to her backyard. After Christmas she gave her goats their tree. Not long after she noticed them urinating frequently. The pee was rust/neon orange in color. She called the vet, who did blood work. The next day the goats were dribbling pee while walking and were clearly in pain. Fortunately for these goats, they live near Tufts Veterinary School and Hospital, where they were admitted. Meanwhile, Liz went over their enclosure with a fine-toothed comb trying to find the culprit. That’s when she noticed that the trunk of her Christmas tree had a stripe down it – the tree had been coated with a color enhancer, which is toxic to animals. The tree had been bought at Lowe’s, and with their assistance Liz was able to trace it back to the farm, who helpfully told them what the chemical was so that the goats could be treated. Thankfully, the goats survived with no permanent kidney damage.

These goats are alive because Liz was observant and knew when to get help. Some symptoms – like orange urine – are enough to jump to action. By the way, those goats were fortunate that Liz and her husband were willing and able to pay for the vet care. It came to thousands of dollars. They are not wealthy people. Anyone who keeps pets know that there are hard monetary choices to be made. Not everyone can or should bankrupt themselves to save an animal. (A topic for a post unto itself.)

I’m grateful that Liz shared this experience with me. Although the advice that I passed along to give pine trees to goats remains sound, it’s not complete. I’d now say to only use pine trees that you cut yourself. There are toxins lurking everywhere in commercial products (which is a scary thought, isn’t it?) I’ve revised my previous post and hope that the word will get out. Please share this information with any goat keepers that you know. Thank you. 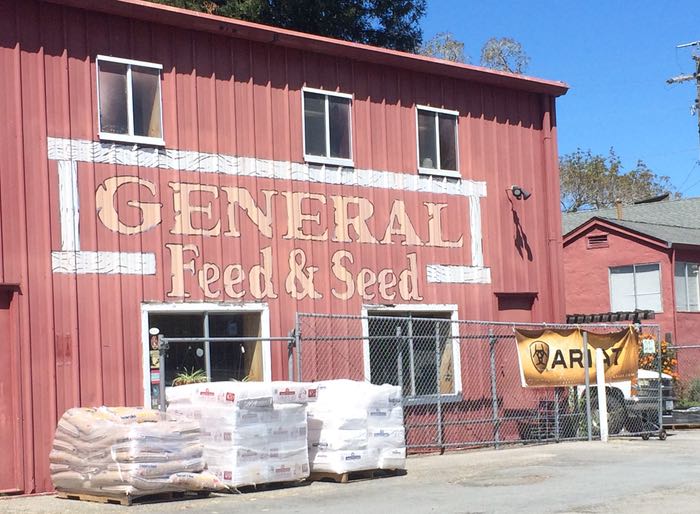 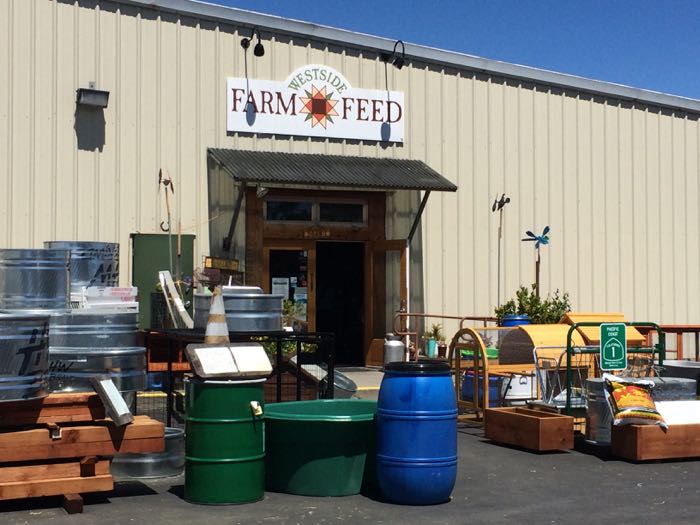 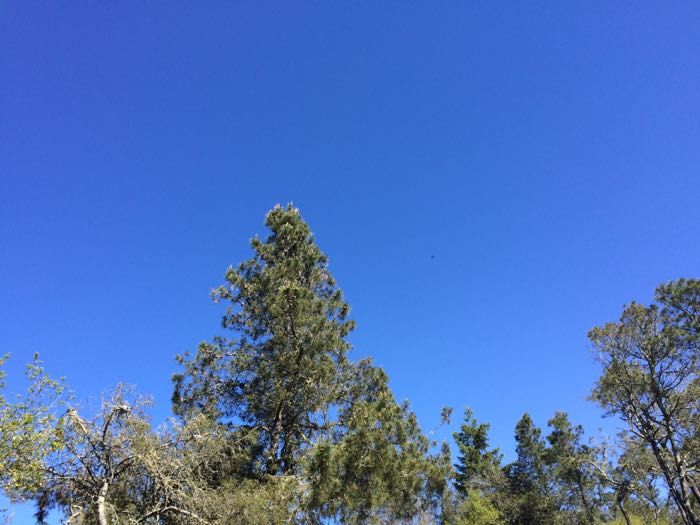 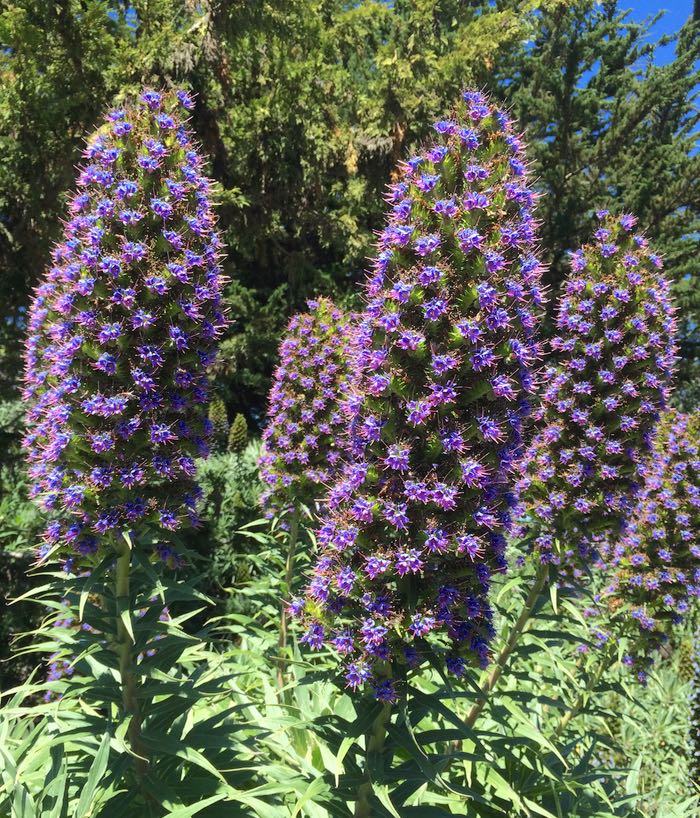 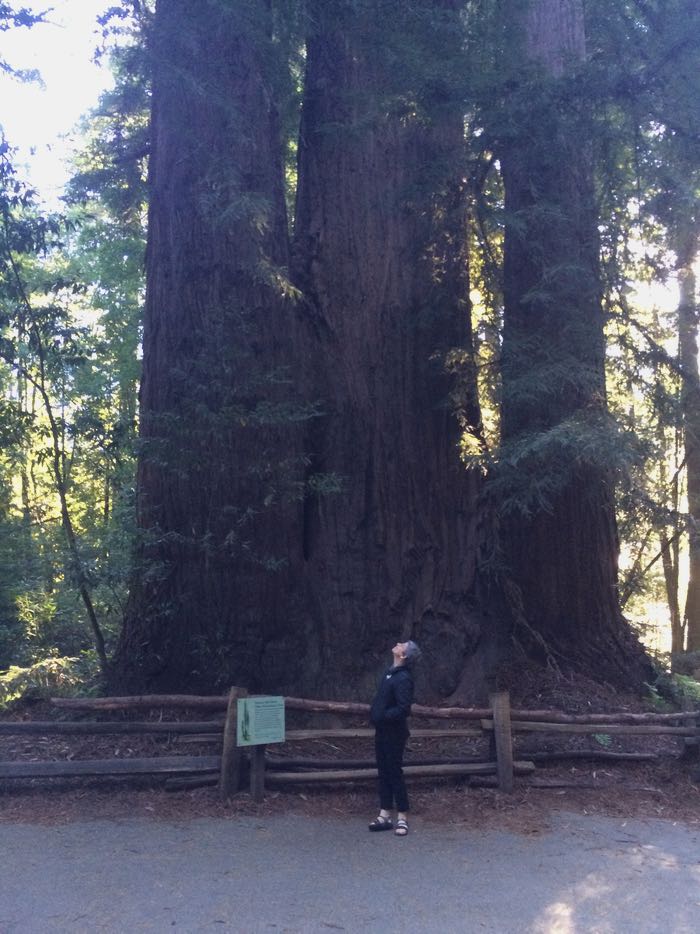 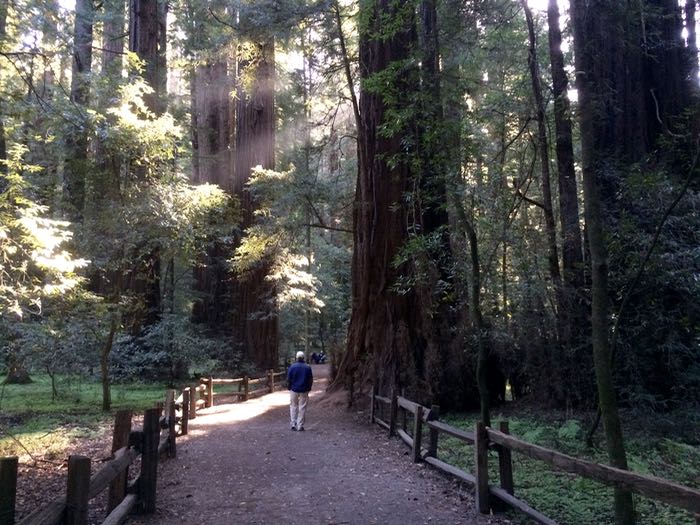 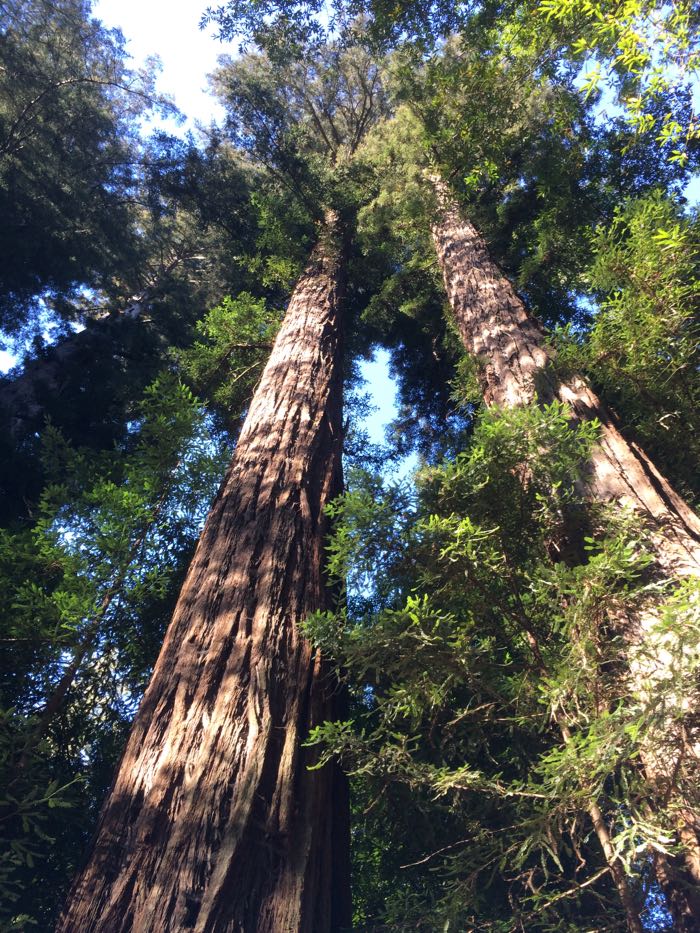 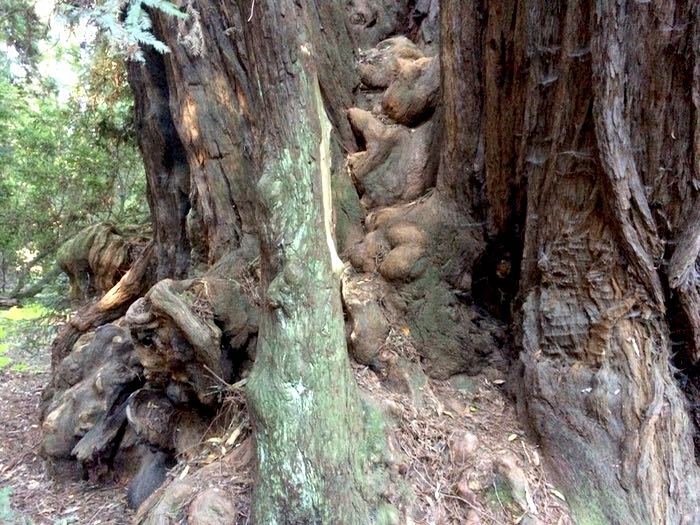 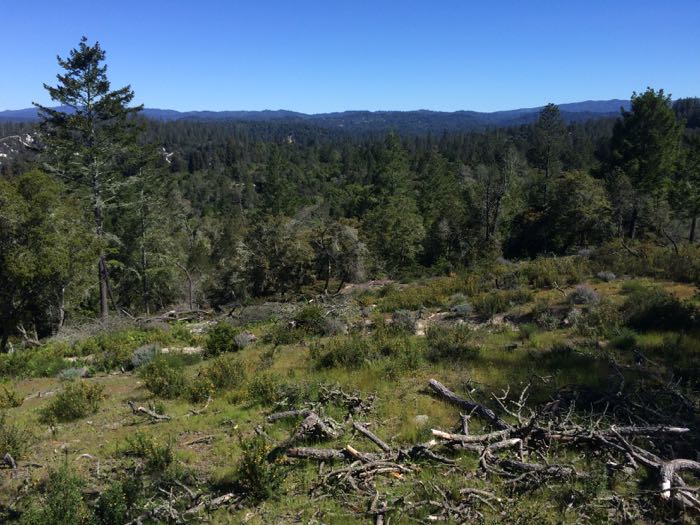 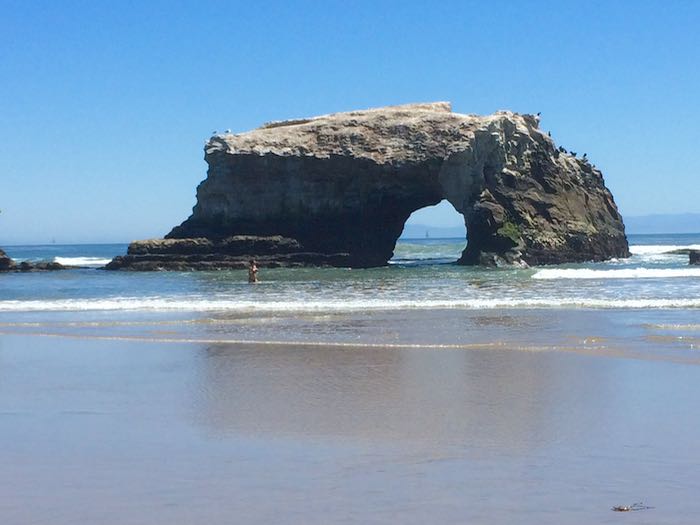 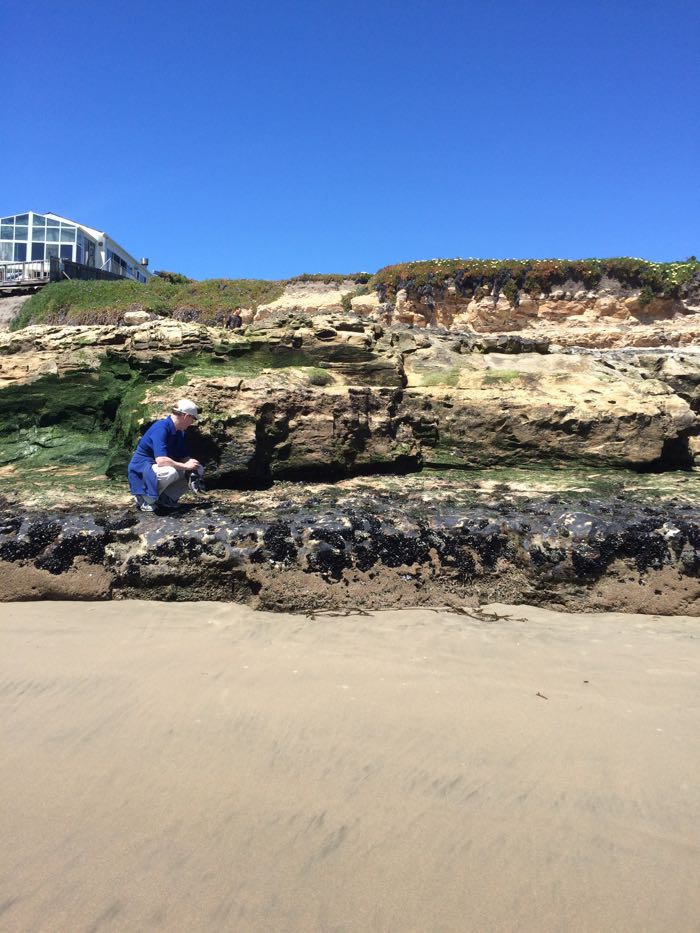 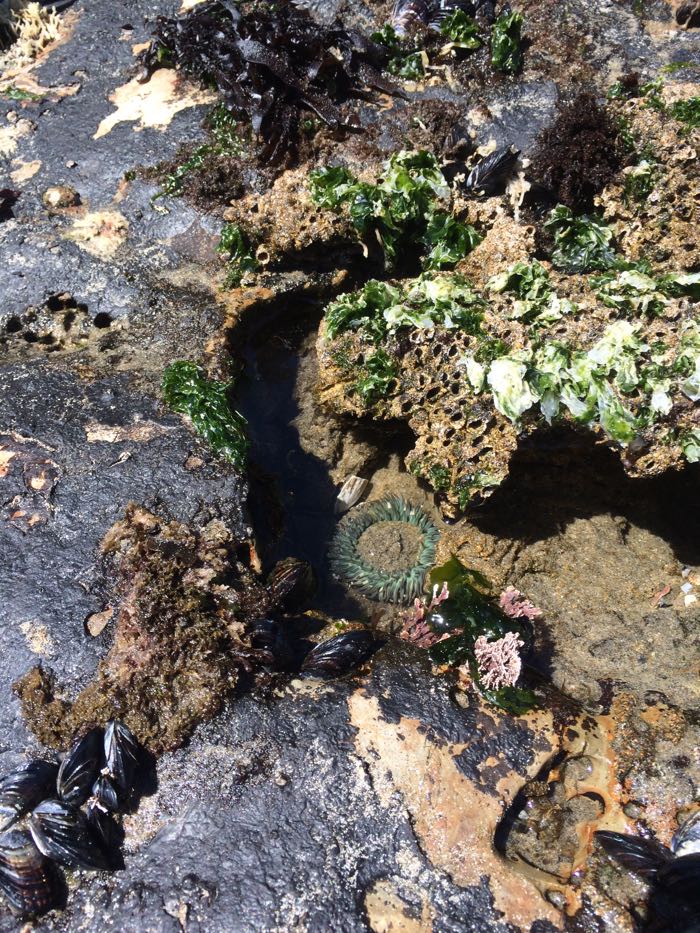 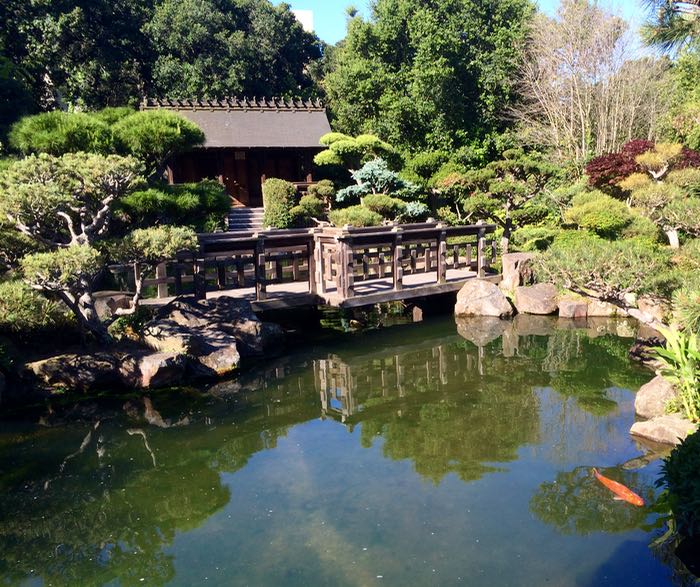 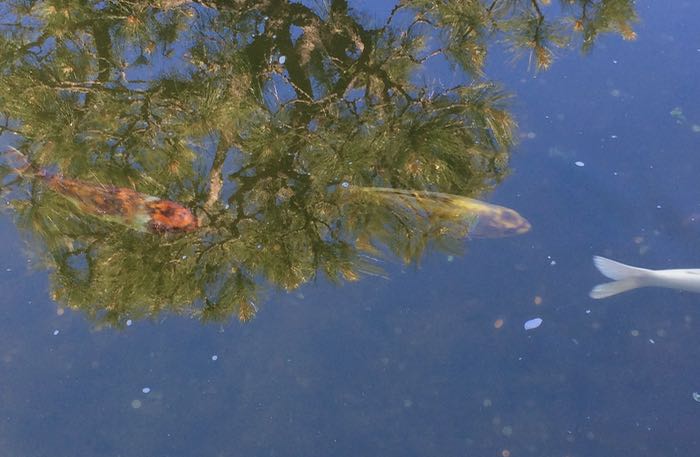 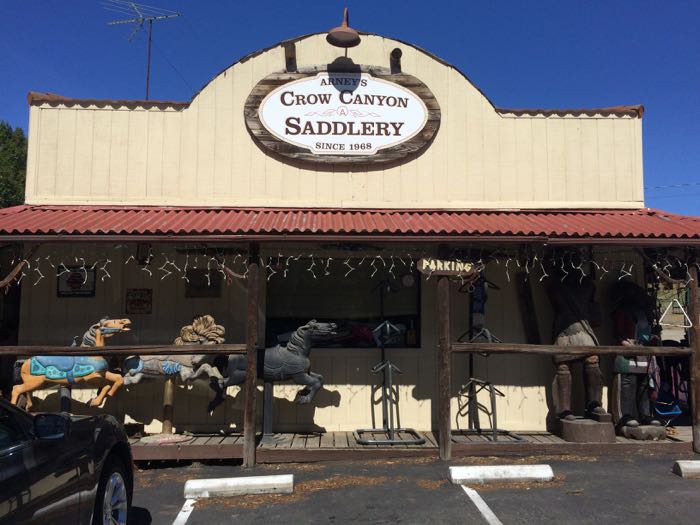 Dr. Sarah is coming this afternoon to give the Goat Boys their spring shots. Thank goodness for vaccines. They get a yearly rabies shot. Last year a rabid raccoon came up to our back door. We were able to remove it without incident, but the situation could have been disastrous. Knowing that all of our animals were protected alleviated a lot of the worry during that incident. 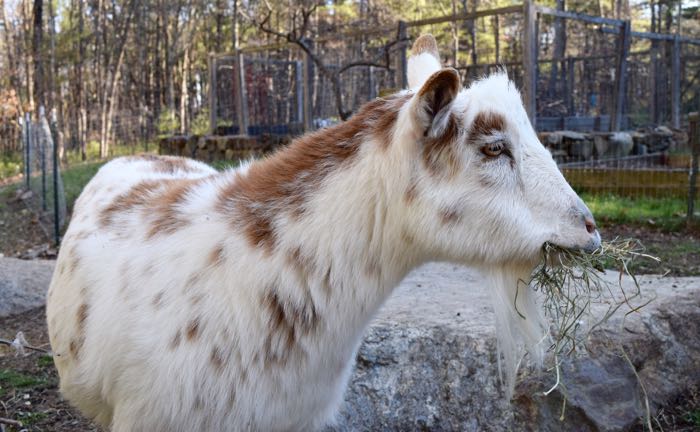 The Boys also get vaccinated yearly for Clostridium perfringenstype C + D. There are diseases that arrive suddenly and are fatal, this vaccine protects against one of them. We’ll also collect a fecal sample to check for internal parasites. So far we’ve only had a mild infestation once, which was cleared up with ivermectin. 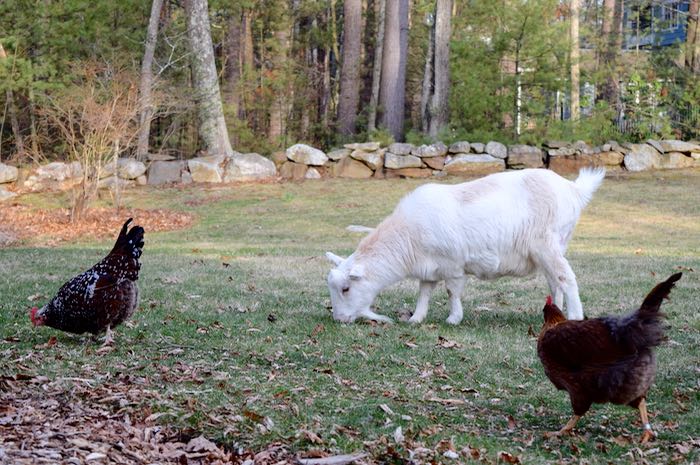 While here, Dr. Sarah will vaccinate the dogs for leptospirosis. My dogs are at risk, as they drink from natural water sources that are frequented by wild animals. 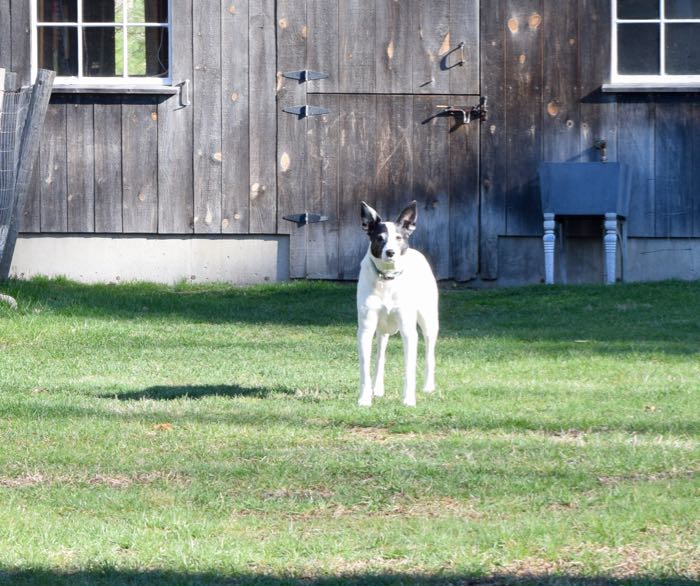 A farm call by a vet is a small price to pay to keep Lily on the job and the goats healthy. 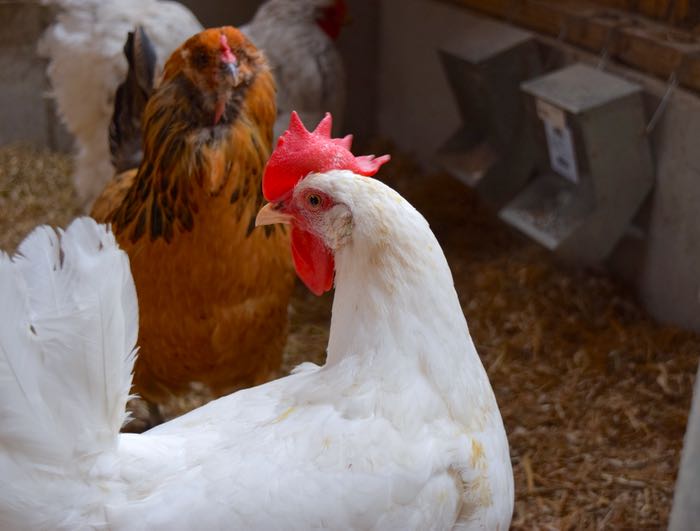 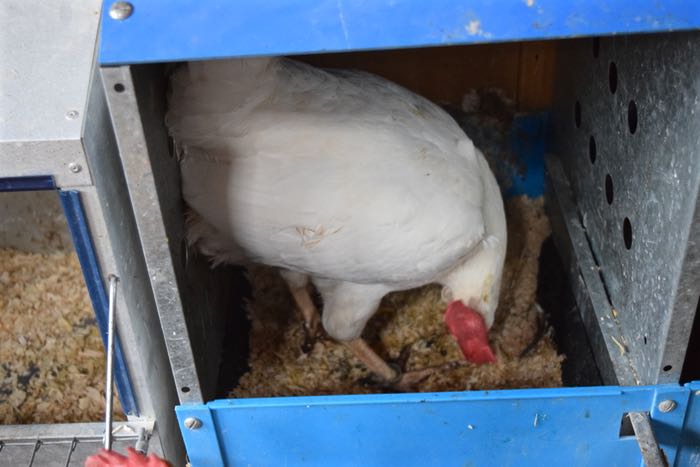 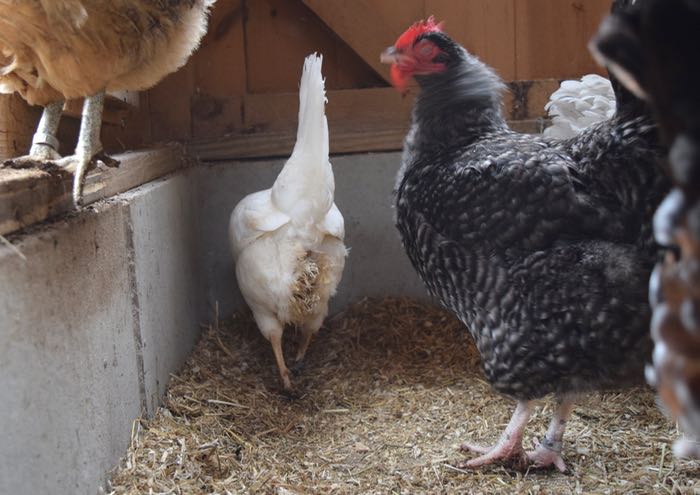 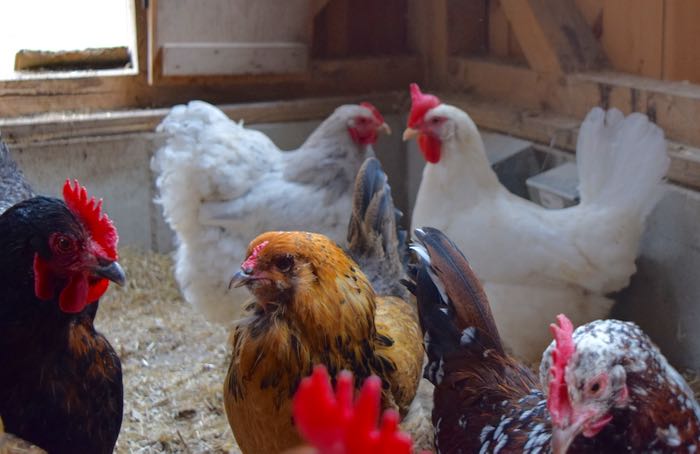 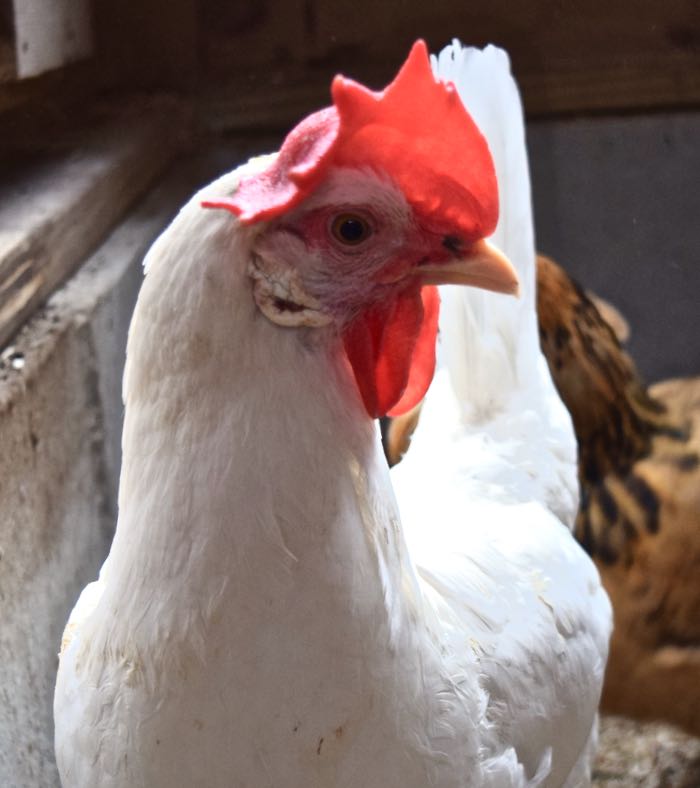 Are you finding it hard to shake a cold? Aches and pains, chills, cough, congestion?

While you have a fever, do exactly what Scooter does. 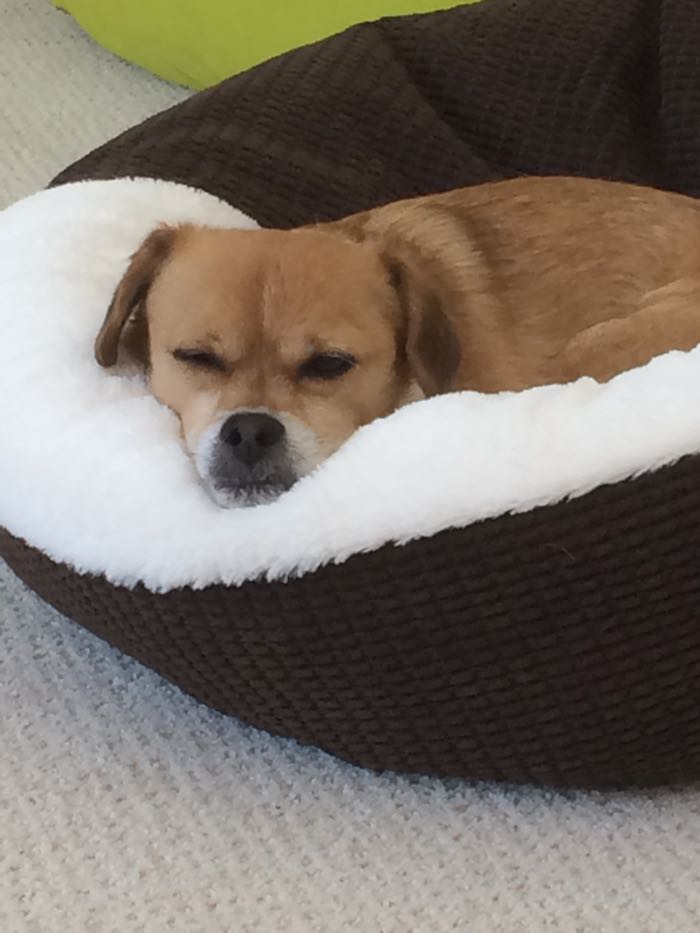 When your temperature gets back to normal, but you still feel rotten, take one of these: 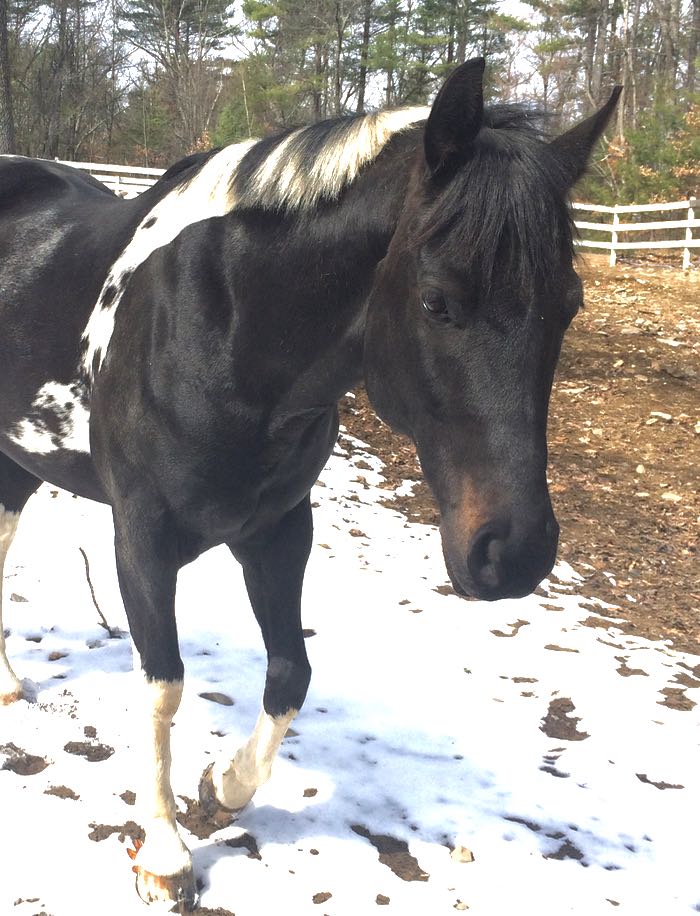 Stand with the horse’s warm fur on your cheek and the sun on your back. 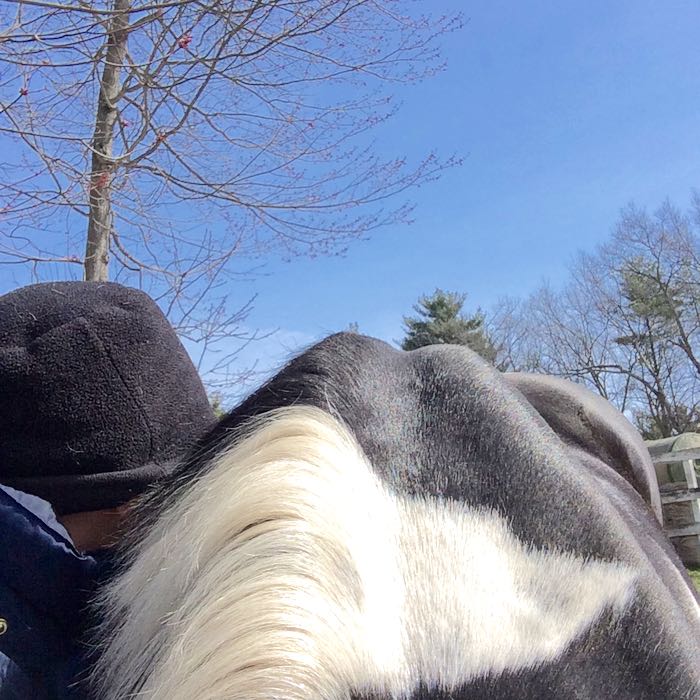 You’ll feel better. I guarantee it.